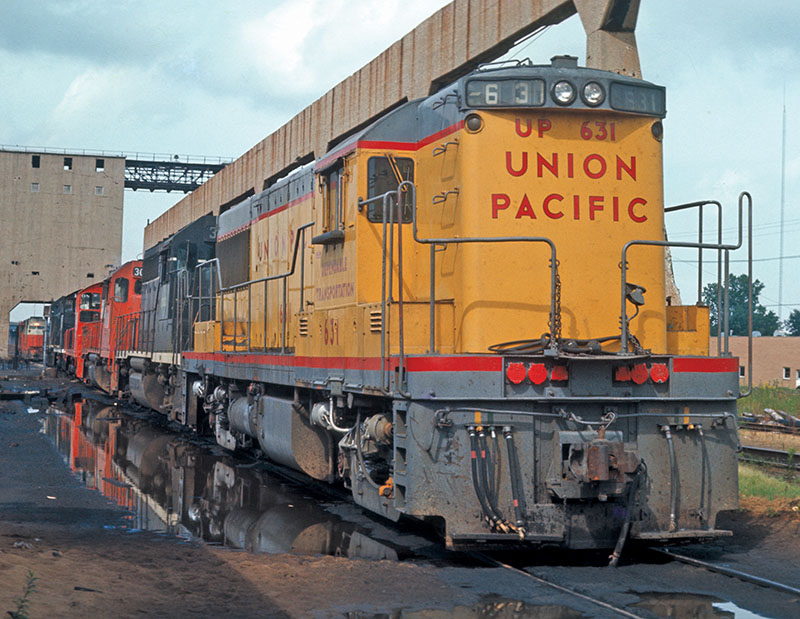 Rapido Trains announces another all-new addition to the company’s line with new of a General Electric (GE) U25B diesel locomotive project. The first production is in the reservation stage now and the company provides illustrations for paint schemes and computer drawings showing details and variations planned for this series of models.
GE had been involved in railroad motive power since the earliest days of diesels. The company receives credit as a participant in the development and introduction of the “boxcab” diesel of the early 20th century. On its own GE marketed small industrial “critter”-type diesel locomotives and served Alco as a partner in components on its first generation diesel line. In the mid-1950s, GE went solo with production of export diesel models and later turned the company’s attention to the North American market. Powered by a Cooper-Bessemer prime mover and featuring an innovative pressurized compartment that kept contaminants out of the engine area, the landmark U25B rolled on to railroads as the 1960s began. The U25B sold nearly 500 examples by the time U28B production took over in early 1966. Buyers included a who’s who list of U.S. Class 1 railroads. The model gave GE a breakthrough into the diesel builder competition and the company would help eliminate Alco by the conclusion of the 1960s and today’s descendants are the leaders in diesel locomotive sales. Past efforts in HO scale for GE’s U25B include metal, plastic, and brass (see “From the Archive” in Model Railroad News‘ September 2021 issue for more information). The history of this prototype in 1:87 is an interesting one and the various phases have been visited over the years, but a truly high-end rendition in ready-to-run plastic is new for the hobby.

ABOVE: This and the other illustrations are early artwork from Rapido Trains and are subject to revisions.

The first Rapido Trains release (due in 2022) will provide high short hood Phase I U25Bs, and low-nose U25Bs covering Phase II and Phase III variants. Late production Phase IV (with split windshield and slanted profile nose as promised along with other variations for future release). GE’s U25B Phase I possessed a straight or ladder-style set of access steps to gain elevation for a crewmember to get the walkways. These early units also included an uncommon handrail design with tall up-and-over loops on the corners of the pilot railings. Finally, the signature spotting feature of these first U25Bs is the inclusion of a high short hood. At the time of their debut, the market was just moving toward the low-nose option as a standard and this became the look for U25Bs after these initial examples were built. Rapido Trains will reproduce GE’s red-and white demonstrator in two looks with GE 753 (right) and GE 2502, 2503, and 2504 (illustration shown at the top of page 14). The red with white top GE 753 came first and a set of four demonstrators (with low-nose 2501) following later to promote this four-axle 2,500-hp offering.

Frisco was another early buyer of U25Bs (see Diesel Era Volume 7, Number 5 for complete details). When new Frisco’s U25Bs wore black with yellow stripes and lettering. Rapido Trains will offer four Frisco models in its first production that reflect the later look with repainting into the road’s Mandarin Orange-and-white livery. Following these Phase I units, no more high short hood U25Bs saw production. Southern Railway did not purchase the model and Norfolk & Western came by its U25Bs via its merger with Wabash (who bought low nose). 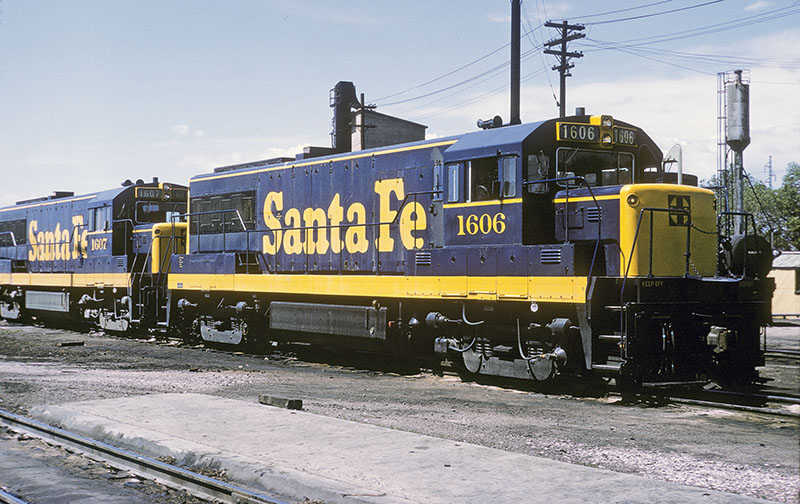 In addition to change to low-nose, GE’s Phase II U25Bs are identified by tall engine access doors on the hood. Rapido Trains will offer Santa Fe U25Bs in HO with Phase II bodies. Santa Fe purchased 16 examples (1600–1615)of GE’s first U-boat. Santa Fe’s U25Bs came in 1962 and 1963 and wore blue-and-yellow “bookends” livery. In 1969, the road renumbered its diesel locomotives and the group of U25Bs moved to 6600-series numbers and repainting into the freight version (blue and yellow) Warbonnet livery followed. The group returned to GE in early 1979 as trade-ins.
For Phase III U25Bs, Rapido Trains will produce Erie Lackawanna, Great Northern, New Haven, and Penn Central offerings. This production variant will be spotted by the combination of short/tall/short hood access doors. The handrail design remains similar across Phase I, II, and III U25Bs with stanchions mounted into the walkway surface (this changes to stanchions attached to the sill on Phase IV U25Bs).

Erie Lackawanna (EL) bought 27 examples (2501–2527) of U25Bs from GE. Rapido Trains plans four road numbers (2501, 2503, 2506, and 2511) from the road’s original delivery (learn more about EL’s U25B roster in Diesel Era Volume 8, Number 3). The units arrived in EL’s gray with maroon and yellow livery with the road name presented in maroon lettering above the maroon band on the sides of the unit. The scheme saw revision making the road name more visible by lowering it into the maroon band and presenting the name in yellow.

Great Northern (GN) bought 30 U25Bs (2500–2529) across multiple orders that included Phase II and III examples. The first GN U25Bs came in 1964 and from this set Rapido Trains will offer four models (2500, 2504, 2505, and 2508). The green and orange units were among the last new power acquisitions for GN to wear its famous Empire Builder livery, by this time the scheme was a simplified version of its original appearance. A spotting feature of the prototype and to be included on Rapido’s HO GN Phase II replicas will be the shrouded or hood-covered air horn cluster.

New Haven had GE diesels on its roster well before the introduction of the builder’s U25B, with 1930s era Model Y and 44-tonners from the 1940s. As a common practice, New Haven numbered its U25Bs with their horsepower output in mind (2500–2525) and the units took up Class DERS-7 on the roster. The first U25Bs for New Haven were 10 examples (2500–2509) delivered late in 1964 and this is the group Rapido Trains will use as its prototype for its HO-scale model. The units will wear a black McGinnis livery with white striping and orange band surrounding the unit with orange “NH” on the long hood. As with other roads in this initial U25B production, Rapido Trains plans four New Haven road numbers: 2500, 2503, 2505, and 2509. 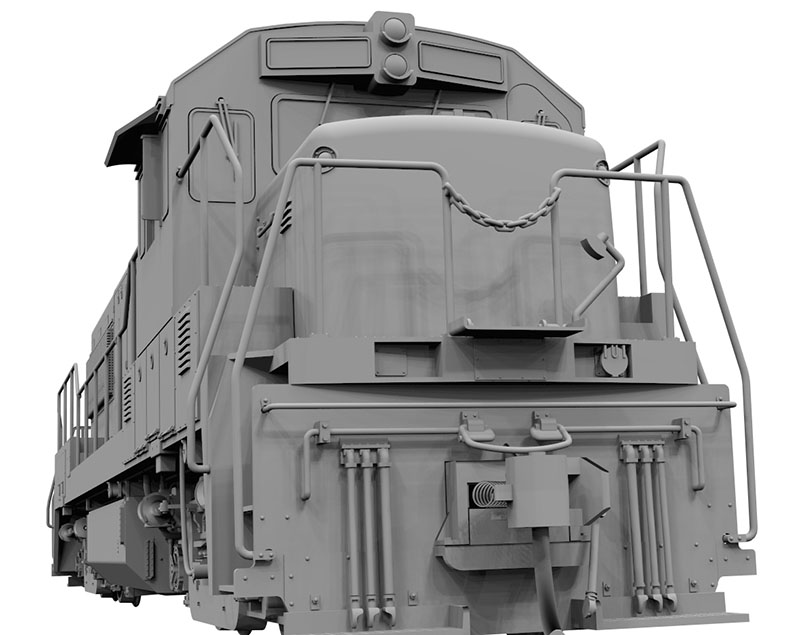 Learn more about this all-new HO-scale U25B diesel locomotive by visiting Rapido Trains online and be sure to check out the hobby manufacturer’s YouTube Channel for a discussion on the prototype and the road names and production variants coming in this first release. The model will be offered fully assembled in silent, standard DC version with a socket provided for conversion to Digital Command Control (DCC). You can also reserve DCC-sound U25Bs with ESU’s LokSound 5 electronics. This model will include a wealth of operational features including working inspection and class lights, lighted control stand in the cab, and road-specific details for all road names. 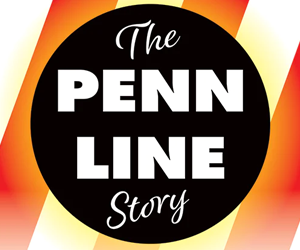