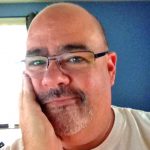 Tony Cook was born and raised in rural central Illinois. His father Terry was an avid railfan and model railroader and Tony grew up surrounded by trains. Tony’s first train trip was on Gulf, Mobile & Ohio and The Milwaukee Road from his home in downstate Illinois to Milwaukee, where his father was working for Walthers in the late 1960s. An avid collector, Tony documents model railroading’s past with his HO-Scale Trains Resource website.

Tony’s past efforts include handing marketing and public relations for Union Station Kansas City, where he served for a dozen years before moving to rail publishing and joining the team at White River Productions. In 2011, Tony was named editor of Model Railroad News. In 2016, Tony became editor of the quarterly publication HO Collector   with Tony Lucio. In 2021, Tony became the managing editor for Diesel Era magazine. In addition, Tony helps archive WRP’s vast library of railroad images. Tony is a regular contributor on Lionel Strang’s “A Modelers Life” podcast, discussing a wide range of hobby subjects. 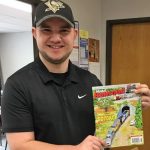 Shane T. Mason is an avid electronics and N-scale model railroad enthusiast. His interest in reproducing what he sees and enjoys in contemporary railroad prototypes is focused on sound and operation features. Shane is one of the youngest persons ever to be on the regular editorial staff of a monthly hobby publication. Coming from a railroading family, his grandfather worked for the Missouri Pacific and later Union Pacific. A native of the Kansas City, Mo., Shane creates many of the eye-catching covers for the magazine and assists with news gathering and layout production of Model Railroad News. 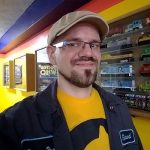 Tony Lucio grew up in a Chicago donut hole surrounded by tracks feeding one of the nation’s busiest railroad terminals: the Belt Railway Company’s Clearing Yard, where almost anything and everything from everyone might be seen. When the G.I. Joe set loco from his Christmas train set expired in smoke just a few months into service, a deep fascination for mechanics was fostered. Several years passed before his visited a well stocked hobby shop to begin his “serious” entry into the model railroading hobby.

The Saint Canard Midland is his HO-scale proto-freelance layout, set in the 1975-1985 era and heavily influenced by Chessie System and Rock Island operations of the time. He’s restored three Penn Line Reading Crusaders (though he has never owned one), and created graphics and decals for projects displayed around the world. Despite numerous award-winning models, his philosophy remains firmly rooted in the tagline “Model Railroading is Fun” – so he doesn’t always take the hobby too seriously.

An advocate of public service, Tony built an information technology career supporting education, healthcare, and court of justice pursuits. In addition to all facets of model trains, he is endlessly distracted by repairing and restoring vintage electronics, cars, clocks, furniture, and pinball machines. He also enjoys hiking and biking, history, abandoned places, and graphic design. He currently lives in Frankfort, Ky., with his wife and two daughters.

Aaron Adams was born and raised in the Seattle area. He became interested in trains at a young age thanks to “Thomas the Tank Engine,” some close family friends who had a Lionel layout, and visits to local train shows. He received his first train set around the age of five, a Life-Like HO Union Pacific set, which would prove to be short lived. This eventually led to a serious interest in model railroading when he was 12 years old. Aaron primarily models modern-era Northwest railroading in HO scale, with a focus on BNSF and passenger trains. Due to the limitations of being a college student he does not have a permanent HO layout, but he enjoys building and detailing locomotives and rolling stock. He is also building a small N-scale layout based on the defunct Seattle & North Coast Railroad. He has been writing reviews for MRN since 2018. Aaron is currently majoring in business at a university in the Puget Sound region of Washington State, and is audio/visual technical director for a local church.

Ryan Crawford is a central Illinois native and long-time model railroad enthusiast and railfan. Ryan’s father worked for Chicago & Illinois Midland and this is the subject of Ryan’s HO-scale modeling. His reviews provide in-depth background information on the prototype and his knowledge and passion for the hobby includes Digital Command Control, operation, painting and decaling, and more. 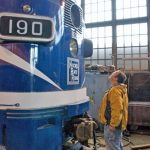 Justin Sobeck has been an N scaler for 36 of his 38 years, and is proud to have 19 years in the railroad industry. A native of southern Illinois, his interest in trains was steeped by patient grandparents who would go looking whenever a horn was heard in the greater Christopher area. A strong interest in passenger trains led to working for various passenger equipment and private car owners from 2002-2015, and then a career with the Missouri Department of Transportation as a passenger railroad safety specialist regulatory role. An interest in the late ICG era of the mid-1980s was passed on to his son Jackson, although a recent digression into modern era intermodal and G scale also competes for bandwidth. Justin, his wife Kim and Jackson reside in Pacific, Mo., – they also enjoy trips to the regional wineries and to Tybee Island in Georgia when not playing trains.