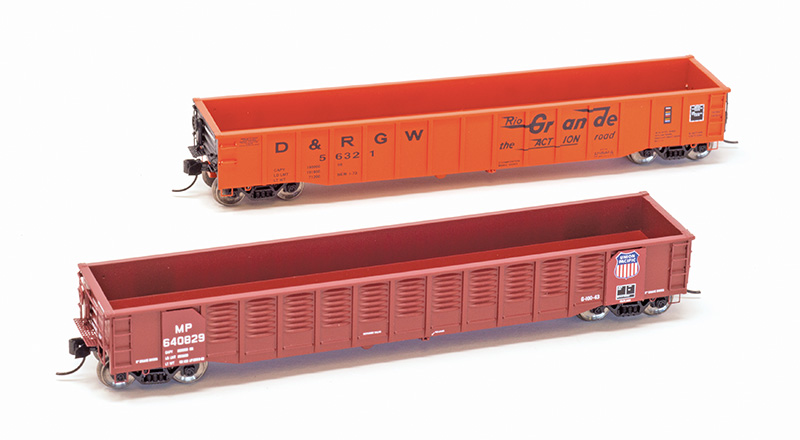 Trainworx’s N-scale 52-foot, 6-inch gondola presents a common prototype in service for that last half century on North American railroads. The fixed-end, open gondola freight car includes a fishbelly frame and can serve in a variety of hauling jobs on your model railroad.

A group of these gondolas arrived in early 2021 from Trainworx and includes two body styles and several paint schemes for four popular Midwest and Western U.S. railroads. In this group the exterior-post gondolas include Rio Grande and Rock Island offerings. Both Rio Grande models feature “the Action road” slogan with one series of cars featuring the road’s Action Orange body with black ends and black lettering, while the other style is a typical black gondola with white lettering. For Rock Island offerings, Trainworx produced a brown with white speed lettering example representative of the road’s look in the late 1960s to early 1970s, plus a light blue “The Rock” version with the corporate identity adopted in 1975.

ABOVE: This well-appointed N-scale gondola comes in multiple liveries for several of the railroads offered in this production. Trainworx produced two looks for Rock Island in this release with six road numbers per scheme.

Missouri Pacific owned a fleet of this length open gondola with corrugated side panels. This is one of the body styles produced by Trainworx for its N-scale collection. This corrugated version was produced in as-delivered Missouri Pacific livery with a brown car featuring separate side plates with MP reporting marks, car number and data on the left-side plate and the road’s famous “buzzsaw” herald with Missouri Pacific Lines and a COTS information on the right-side plate.

These MoPac gondolas went on to serve Union Pacific following the early 1980s merger of the two roads and Trainworx offers a contemporary dressed example with MP reporting marks and Union Pacific shield herald. In addition an Armour Yellow gondola with silver ends, underframe, and trucks with Union Pacific markings was also produced. Each of these corrugated gondolas included six car numbers per paint scheme. 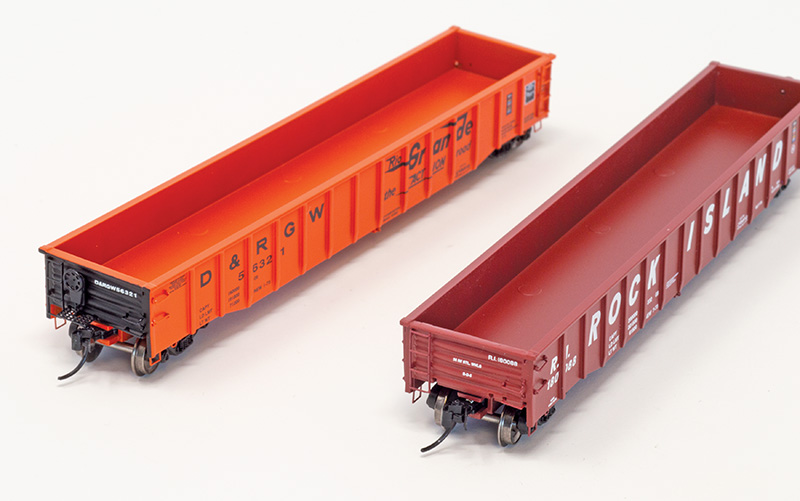 ABOVE: Trainworx presents a great example of this common prototype for N scale. Gondolas of this variety do all types of hauling and these good looking releases operate as well as they look.

Similar to other N-scale rolling stock, Trainworx packages its gondola release in a two-piece clear plastic jewel case. The model comes wrapped in clear film to protect fine parts and decoration and resides in an inner tray inside the jewel case. These gondolas carry a $28.95 suggested retail price.

These Trainworx N-scale gondolas were long delayed in production and sold out from the manufacturer quickly.

Model Railroad News thanks Midwest Model Railroad of Independence, Mo., for providing samples for this presentation. Follow the links to check the store’s stock on these and other model railroading supplies. 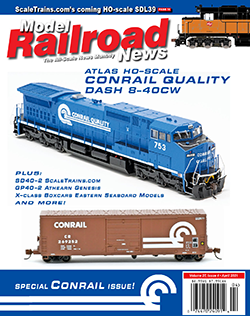