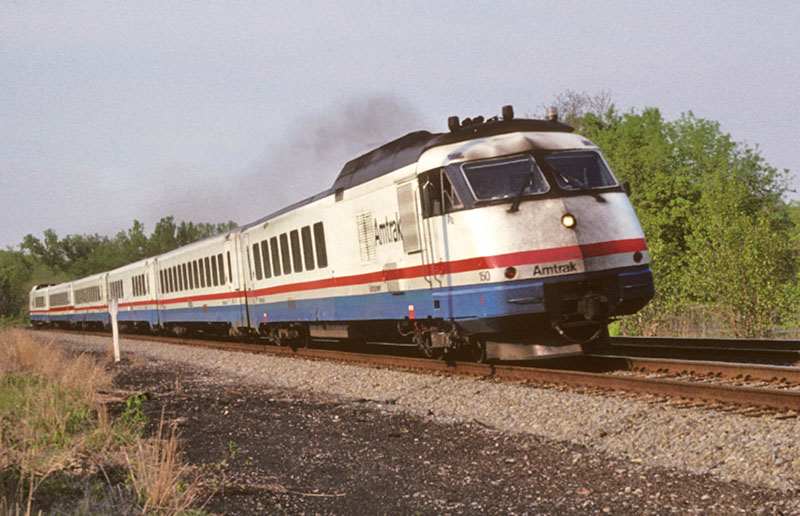 Amtrak’s mid-1970s Rohr-built Turboliner will be coming to HO scale from Rapido Trains. Based on a French prototype that Amtrak imported in the early 1970s and successfully operated across several corridor runs, the passenger carrier contracted with Rohr to make an American-made version of this sleek multi-unit set.

A new YouTube video from Rapido Trains shows early printed examples of tooling the company recently received. The tooling is basic and serves to confirm general contours of the coming Rohr-prototype Amtrak Turboliner train set. The pre-production mockup also allows Rapido to check the model for clearance and operational integrity.

The coming Turboliner units will feature a NEM-style drawbar, which will serve to keep the distant between units close and at the same time maintain a solid connection between cars during operation. In the video, you’ll see the drawbar in operation and learn about details to be provided for this high-quality HO-scale reproduction. For example, Rapido Trains will offer multiple pilot styles and include air intake covers (applied not long after the train went into operation) for the power cars.

Visit Rapido Trains to see the coming HO-scale Rohr Turboliner sets or inquire with your hobby dealer for additional information.