Atlas recently delivered an assortment of N-scale freight car models to market in both Master and Trainman product lines. All models are assembled and ready for use and represent a wide range of eras, prototypes, and hobby history. This review takes a brief look at four offerings that demonstrate the variety, range, and history mentioned.

Veteran Hog Hauler
A double-deck, open-sided livestock car dressed as Wabash 16510, one of three road numbers produced in this release for the road, was listed as a new paint scheme for this run. This 50-foot model’s prototype is the source of some debate (see this issue’s “From the Archive” for more). Other roads in this run include Chicago, Burlington & Quincy; Great Northern; New York Central; and Pennsylvania Railroad. The model sells for around $25.

Atlas Adds an RBL
This former Walthers tooling joins Atlas’ Master series. North American Car Company built nearly 750 of their proprietary RBL (Refrigerator, Bunker-Less) inside-post, smooth-sided boxcars. These insulated cars were used primarily for shipment of perishable goods that required a firm temperature range, and were often equipped with cushion draft gear for a damage-free ride. NIRX (North American’s leasing company) 41296 was built in February 1962, serviced in June 1972 (according to data on the model), and leased for use by White House Apple Sauce. Many RBLs remained in service through the 1990s and into the early 2000s, a testament to their utility. This is Atlas’ debut with this model and seven roads are in the run with two road numbers each. The model rides on 70-ton trucks equipped with 33-inch plastic wheels.

Important MOW Fleet Member
These modern maintenance-of-way staples are once again available following Atlas’ acquisition of a selection of Walthers N-scale rolling stock toolings. This Difco side-dump is in its third production as an Atlas Master offering. The well-detailed car comes equipped with four large cylinders for stabilization and bed tilting (protruding from the underframe), separate brake wheel, and handrails on each end. These cars allow for wayside dumping of anything you could load them with that is needed to get to or from a work site. NS 991891 is one of three road numbers offered and comes with 100-ton trucks with 36-inch wheels, and has post-2005 conspicuity reflective striping applied on bold orange paint, making it ready for contemporary era assignments. 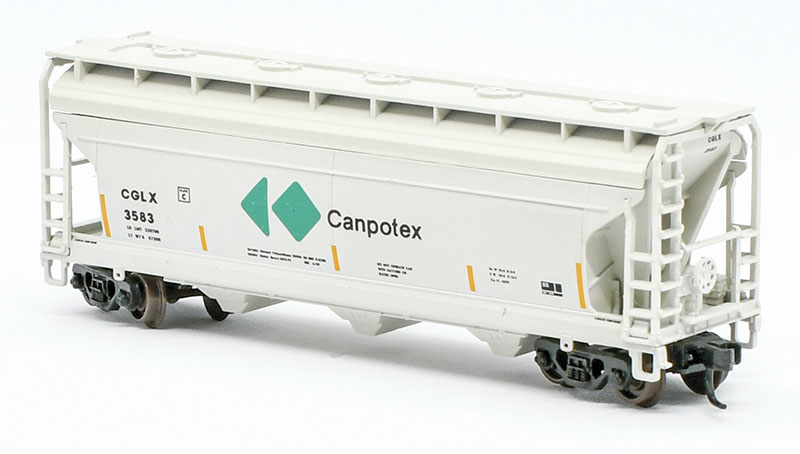 Articulated What If
Our Thrall articulated auto carrier sample was decorated in a Santa Fe scheme similar to the road’s three-section articulated autorack 700600. Atlas is serving up alternative history with this scheme, but it has all the appropriate modern Plate F and excess height markings for a car of its size, and comes with a road number (700704) fitting in with the other mentioned rack. A small Phillips-head screwdriver is necessary to assemble these cars for operation, with one screw on each side of the articulated truck section needing attention. The car performed well at various locations in a train of other autoracks from various manufacturers. Atlas provides Accumate knuckle couplers and plastic 36-inch wheelsets.
All the models checked out fine for proper wheel gauge and passed coupler height inspection (which given the various sources and age of some toolings is a good finding). 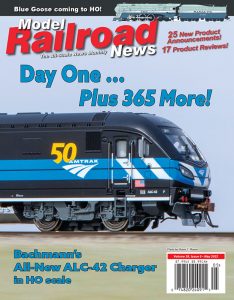