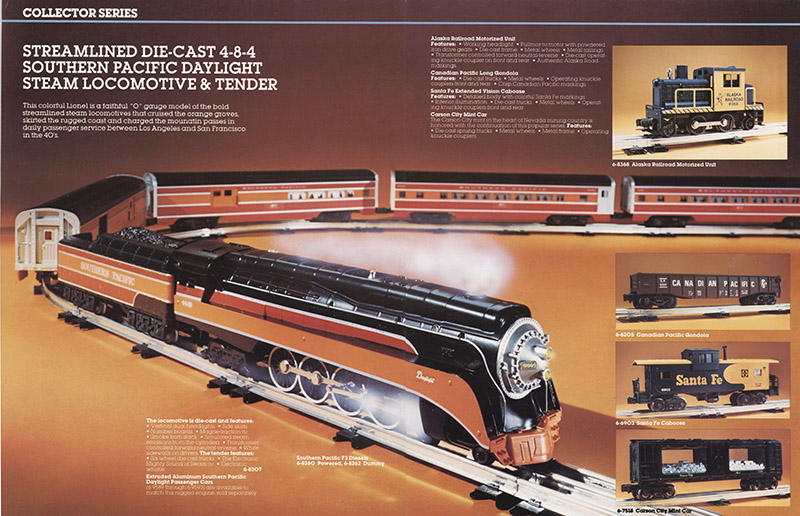 Lionel’s Daylight release is shown with a 4-8-4 Northern steam locomotive (6-8307). This locomotive, in prototypical Daylight dress presented with a matching train of aluminum passenger cars, came with the ability to reproduce smoke and simulated emissions from its cylinders. As Chris Raines notes in his “RBP Trains” YouTube video of this set, this era was a challenging time for Lionel, and this Northern includes some compromises (such as more plastic components than classic models and contemporary efforts) but remains a fun collectable from this era. Inside the tender (the early example in the catalog shows a coal tender, versus oil tender as production models possessed) was a circuit board offering the company’s “Mighty Sound of Steam.”

Chris shows the locomotive and compares it with similar prototypes from contemporary Lionel production. You’ll also learn Chris’ tip for protecting the circuit board in the tender from shorting out against the metal frame, to keep the sound ability functional on vintage locomotives of this variety. See Chris’ train room fill with smoke as twin Daylight passenger trains race around his O-gauge pike. There are many good sources for locating vintage model trains; check Trainz (trainz.com) and you’ll discover a wide selection of new, recent, and vintage items. 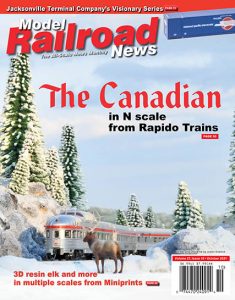