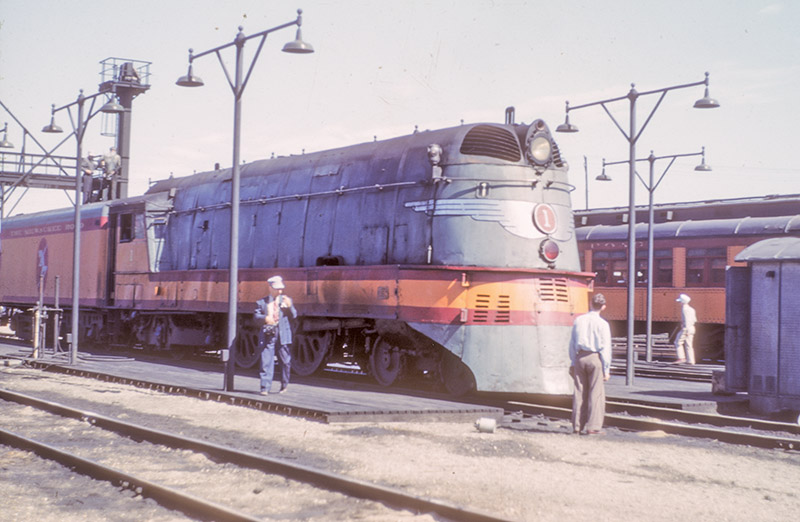 It is June 1974 and The Milwaukee Road 1 from the A-1 class is receiving attention at Milwaukee, Wis. This little “speedliner,” as Milwaukee Road called them, is classic example of streamlined steam. — Kevin EuDaly collection

There are several HO models of Milwaukee Road equipment that I’d include on my “bucket list,” and two are of the same prototype but from very different eras. 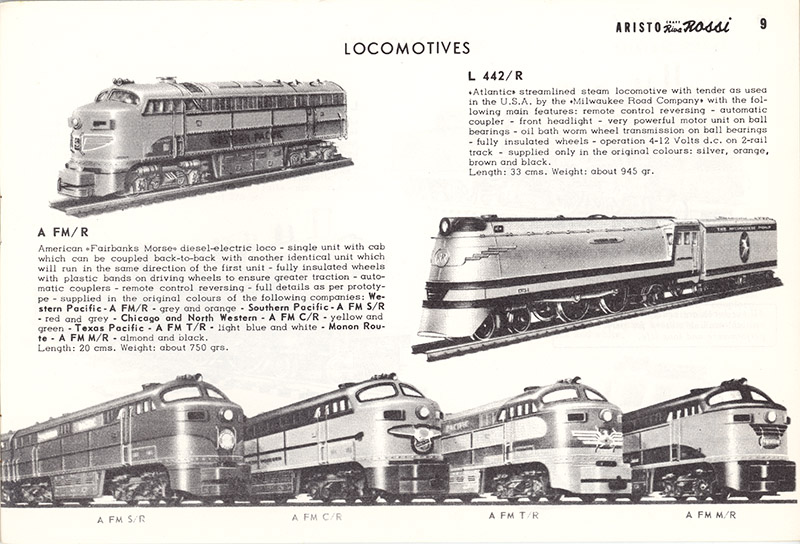 ABOVE: From a 1950s catalog (pre-dating AHM’s arrival in the marketplace and association with Rivarossi), these are the original Fairbanks-Morse C-Liners and the very uncommon 4-4-2 Atlantic steam locomotive sold by Aristo-Rossi.

Fans of Italy’s Rivarossi will agree the 4-4-2 streamlined Atlantic steam locomotive replicating The Milwaukee Road prototype is a rare gem. This was never, to my knowledge, marketed by Associated Hobby Manufacturers (AHM) and the model never made it out of the 1950s. I don’t own one, but have seen a few examples, and to be sure, it is a bit of crude example… though it is still amazing and worthy of collector attention. The model came assembled and decorated (and included a “RR” on the boiler face circle below the headlight referencing Rivarossi).

More obtainable is Fox Valley Models’ impressive (and also HO) reproduction offered in the early 2000s. Fox Valley Models also produced early Hiawatha passenger cars. I did collect some of the cars, but never committed to the 4-4-2 replica. It would be great to see these return with a new production. 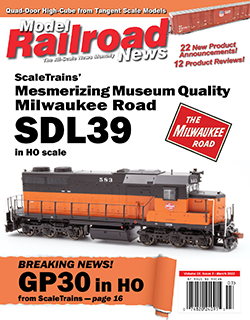