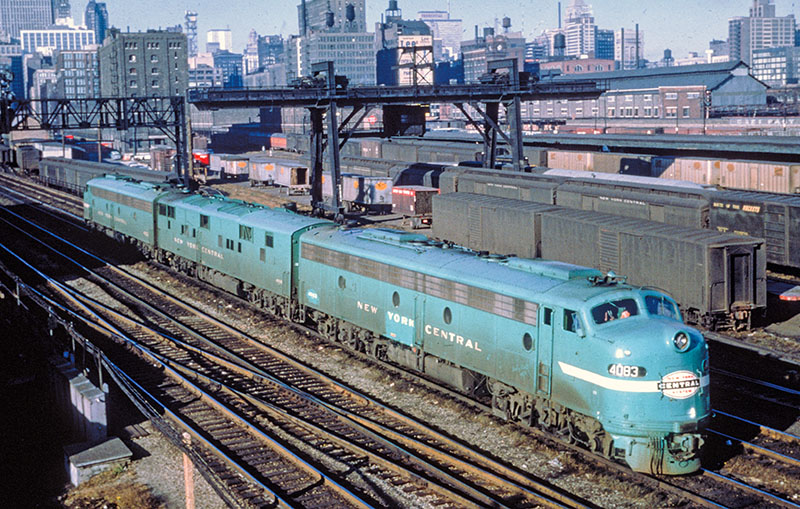 An ABA set (E8As and and E7B) show off an experimental green livery New York Central considered for its motive power. Heartland Hobby Wholesale will bring this uncommon decoration to HO via an exclusive production of Rapido Trains E8A diesel locomotives. This collection of E8s will be available through hobby dealers that buy from Heartland Hobby Wholesale. — John Bartley photo, Kevin EuDaly collection

All models in this special production will come equipped with Digital Command Control (DCC) and ESU LokSound audio output. There are seven road names coming for this production with single-unit E8As carrying a $356.95 suggested retail price. The Milwaukee Road offerings, decorated in the road’s late era Armour Yellow scheme, will come in single E9A offerings with two road numbers (30A and 35A) and two releases for E9A/E9B sets (30C/30B and 34A/34B). The rest of the announced road names will feature E8A bodies (though variations for portholes, pilots, roof details, skirting over fuel tanks, and more will be offered through the group to replicate prototypes). The coming E8As will see Erie’s two-tone green scheme with four road numbers (820, 821, 824, and 825), New York Central’s bright green experimental livery will be offered with two numbers (4053 and 4083), a late-era Pennsylvania Railroad E8A will be solid Tuscan Red and offered in two road numbers (4283 and 4307), Southern Railway’s black “Tuxedo” scheme will be available with four road numbers (2923, 2924, 2925, and 2926), and Wabash’s intricate and striking Bluebird gray, blue, and white livery will be offered with three numbers (1005, 1008, and 1009).

Check to see if your local hobby dealer is a Heartland Hobby Wholesale dealer and reserve your special release Rapido Trains E-units today. The production is expected to be shipping in 2023. 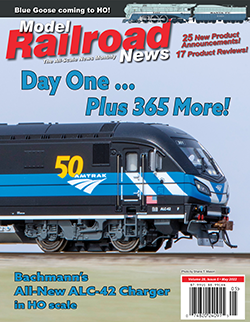