UPDATE: Broadway Limited Imports reports this model has sold out on August 8, 2016.

In 1946, the C&O took five of its Class F-19 Pacific 4-6-2 locomotives and converted them into Class L-1 Hudsons. This rework was done in the Huntington Shops and was completed in 1947. All but one of the new L-1s were covered with a streamlined stainless steel cowl which was painted yellow and silver. The tenders were cased in fluted stainless steel and tapered at the top so they would blend exactly with the new Budd passenger cars. The “yellowbellies” as they were called by C&O crews were numbered 490 through 494 (number 494 did not have a cowl applied). Only engine 490 survives today and is on display at the B&O Railroad Museum in Baltimore, Md. 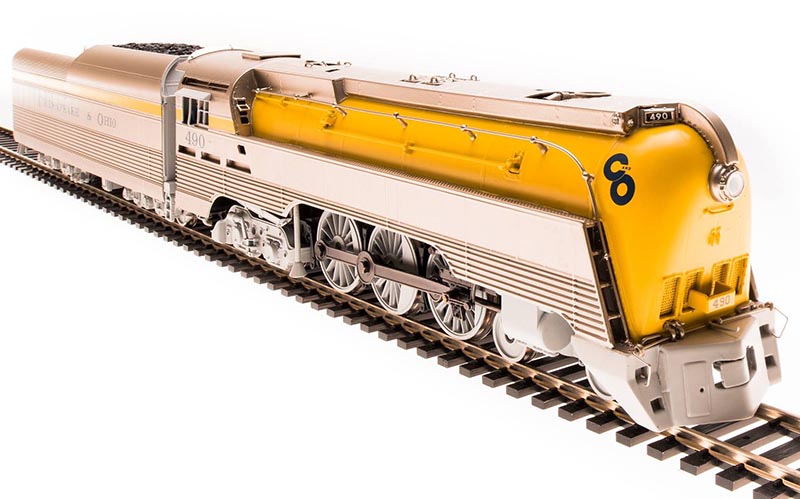 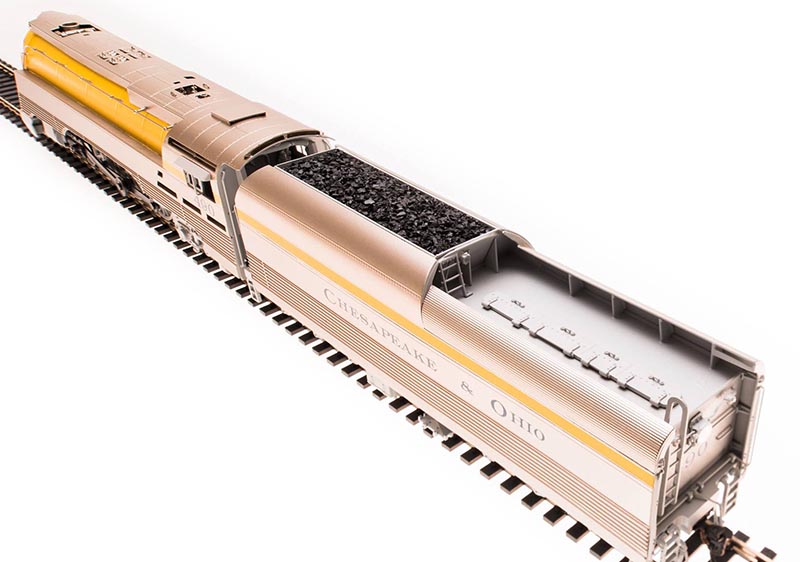 This steam locomotive will operate easily on Code 70, 83, and 100 rail on a 22″ minimum radius or greater. Broadway Limited has already set production quantities for this special project, so reservations will be honored on a first come, first served basis. Delivery is expected November 2016.  Visit Broadway Limited Imports for ordering details.