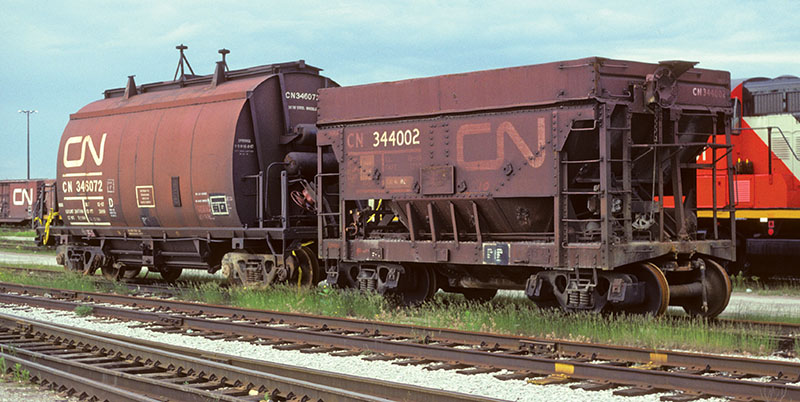 Rapido Trains will add two styles of Canadian-prototype barrel-style ore hoppers to its collection of high quality HO-scale rolling stock. The interesting and unique ore hoppers came from National Steel Car (NSC) in the late 1960s and mid-1970s in three groups. The enclosed design (versus the more common open hopper for hauling iron-ore pellets) kept the cargo from become damp and/or freezing, an issue that presented challenges during unloading.

ABOVE: The short barrel ore hopper (left) arrived in the late 1960s. The longer version (right) came in 1973 with a second batch from National Steel Car in 1975.

NSC built a 35-foot version of this barrel ore hopper in 1967, followed in 1973 and 1975 by two productions of a longer wheelbase (42 foot) version. The pair of tires located on the center of the roofline contacted with a “scroll” during unloading that cranked the hatches open. These ore hoppers saw use in northern Ontario serving mines owned by Dofasco. 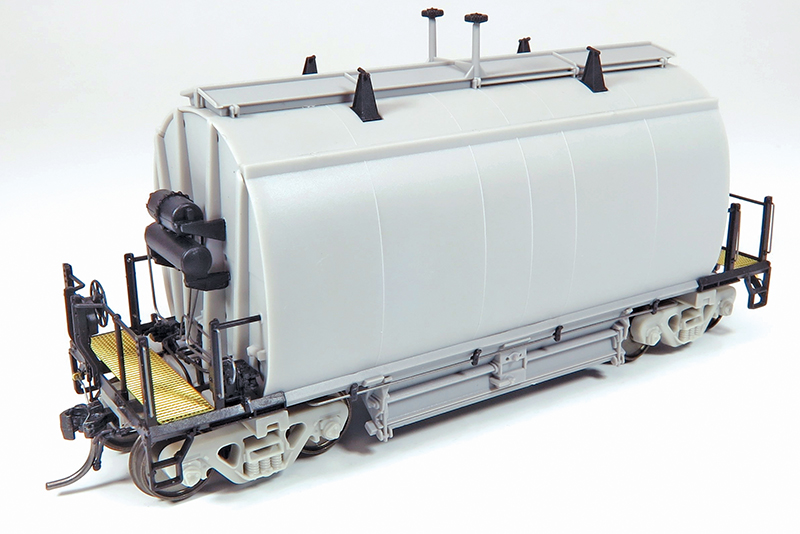 The models will be sold in single hopper car release and sets of six (except for the CN scale test car, which will be offered in single car and three-car sets). Modelers will also be able to purchase undecorated kit versions of this barrel ore hopper in both body styles. Visit Rapido Trains online for more information and to reserve your ore hopper train today. Deadline for reservations is May 17, 2021.