If you enjoy modeling the early diesel era, I can’t think of a better railroad to keep your interest piqued than New York Central (NYC). By the time the railroad had completely dieselized in the mid-1950s, it rostered one of the most diverse diesel fleets in North America. In 1954 alone, there were some 70 distinct designs of diesel-electrics plying NYC rails as supplied by a whole host of builders, such as Alco, Baldwin, Electro-Motive Division of General Motors, Fairbanks-Morse, General Electric, and Lima. While other roads kept with the same manufacturer in an effort to streamline maintenance costs and curtail possible compatibility issues, NYC management appeared like a small child in a candy store, gobbling up any new diesel model a manufacturer might introduce.

There was a method to NYC’s madness, however, that, at least at the time, made sense to the company. To begin with, once management decided to dieselize fully, they wanted it accomplished as quickly as possible; every day of delay in replacing a steam locomotive meant, in management’s thinking anyway, a loss in savings. As such, the motive power chiefs were easily persuaded by any model or builder that could deliver faster than others — despite the fact that the product might be inferior. Possible maintenance issues were somewhat ignored due to the rationale that these were new locomotives and any minor issues that might arise would certainly surface far in the future. 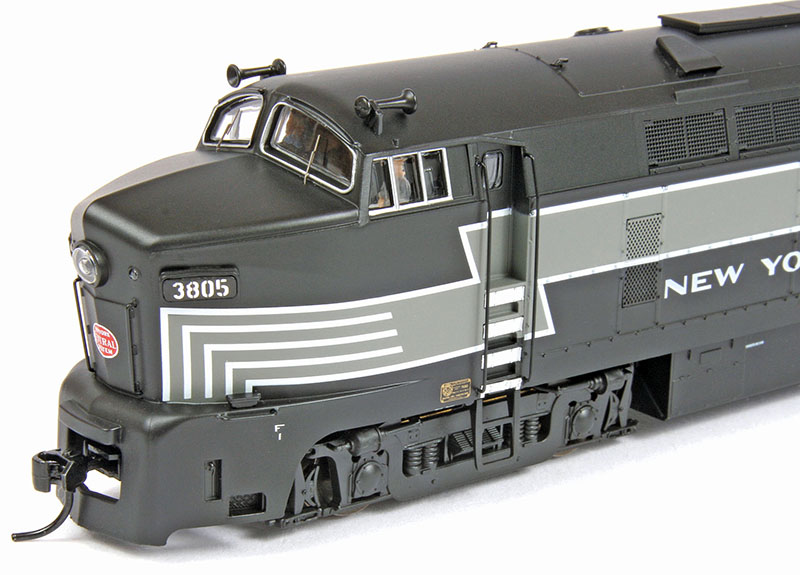 Above: By far, the RF-16 is the best-looking diesel-electric locomotive Baldwin ever produced! Based on photographs, to my eyes anyway, BLI has captured the profile of this distinctive locomotive to a tee. Besides that beautiful Sharknose prow, there are plenty of details to take in on BLI’s RF-16 cab unit: separately applied handholds, cab window glazing with simulated metal surrounds, hand-painted crew figures inside the cab, air horn style as appropriate for the prototype, and detailed trucks with add-on brake cylinders and molded-in brake shoes and sanders. Note the small “1” beneath the “F” on the sill. While the latter is the standard railroad indication for the front of the locomotive, the numeral reflects a unique practice by NYC to number each end of its locomotives.

Furthermore, management believed that purchasing an “off-brand” locomotive here and there would also let the bigger builders know that they had competition. Reasonable pricing could often dictate a purchase of one model over another; there was no such thing as brand loyalty when it came to Central’s management! On the other hand, the railroad did seem to lean toward on-line builders somewhat, such as Alco and General Electric, which also provided NYC with considerable freight revenues. Finally, management’s independent attitude toward the purchase of diesel locomotives did, admittedly and in part, help encourage the development of new designs and improve quality in a technology that was still in its infancy in the mid-1950s.

Unfortunately for New York Central, the company learned too late what a myriad of equipment would mean for its personnel and operations. As new power arrived, the first instinct of the motive power department was to send it wherever it was needed most, but chaos soon ensued. Delays across the system became a daily occurrence as crews, unfamiliar with the controls and capabilities of new locomotives, needed additional time to get acquainted, and shop facilities and parts supply hubs were in complete disarray trying to figure out all the unique equipment they now had to maintain at any point along NYC’s 10,000 miles of track. Eventually, railroad management figured it all out and came up with a plan that eased these problems through locomotive pooling, whereby like units would see assignment to the same home terminal. Crews familiar with the power could then be relied on to keep timed trains on schedule and the maintenance shops would have the proper parts on hand to make repairs. 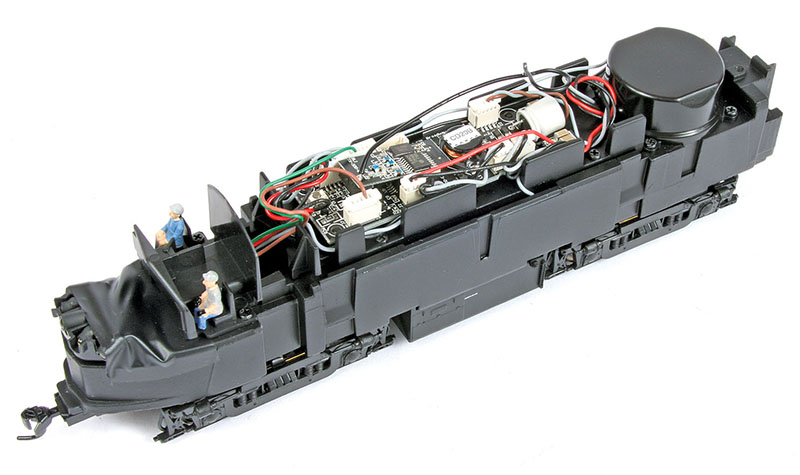 If access to the interior is necessary, you’ll find the cab unit’s plastic shell is easy to remove. Simply unscrew the coupler box on the nose, gently spread the body away from the chassis, lift from the rear first, and then maneuver the nose to clear the front headlight assembly.

Nevertheless, NYC’s early diesel purchasing logic, flawed as it was, is a real benefit for us model railroaders. It offers those fans of this road the “legitimacy” our rationales require in purchasing all those cool and more unusual locomotive prototypes that were erected by the minor builders of the early diesel age: Baldwin, Fairbanks-Morse, General Electric, and Lima. One design that stands out to me the most is Baldwin’s Sharknose unit and, in particular, its RF-16 freight units that have been the subject of a recent HO-scale release from Broadway Limited. 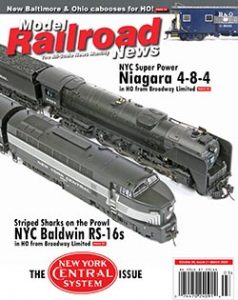 Read the rest of this review in the March 2020 issue of Model Railroad News!