HO scale – Tangent Scale Models expands its line with a trio of new looks for its HO-scale General American tank car. The replica is a 10,000-gallon prototype reproducing a 1917-design radial-course style tank car. The releases include Allied Chemical, Sinclair, and Sunburst Refining. 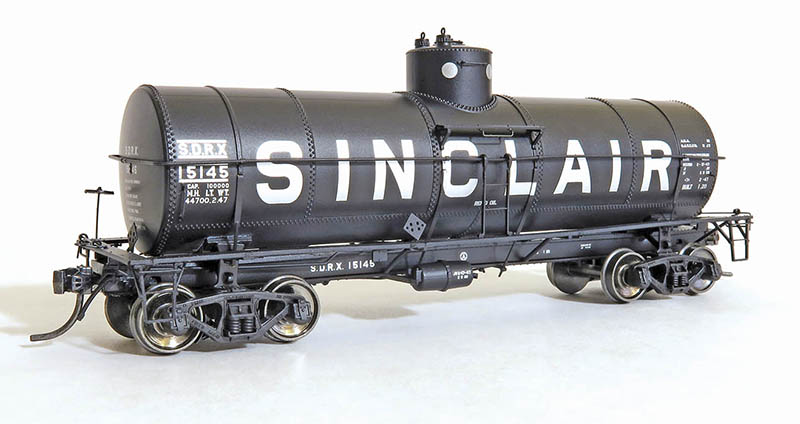 The fully assembled and highly detailed tank car reproduces a prototype, which debuted on North American railroads around the conclusion of World War I. The radial-course design refers to the overlapping sections making up the 10,000-gallon tank. Examples of this single-dome tank car remained in service through the 1960s. Variations on Tangent’s releases include accurate representation of brake styles (KC or AB type) with correct brakewheel type. Replicas come equipped with or without Cardwell draft sill springs (depending on prototype usage).

ABOVE: The oldest prototype in the group is Tangent’s Sunburst of Great Falls, Mont., which went into service in 1920.