Eye-catching will be the word for these coming Legendary Liveries U50 diesel locomotive models. For the first time, Athearn will offer its impressive U50 with decoration outside the limits of prototypical appearance.

Athearn is preparing a new production of its Genesis-series General Electric (GE) U50 diesel locomotive model for mid-2023 delivery. This latest release will include LED lighting for the first time with illuminated number boards, classlights and ground lights over the lead trucks ad first-time features. The standard DC U50 will come with a 21-pin socket, while models equipped with Digital Command Control (DCC) and sound will come with four cube speakers. SoundTraxx electronics will come in DCC-sound offerings with that manufacturer’s Tsunami 2 system. 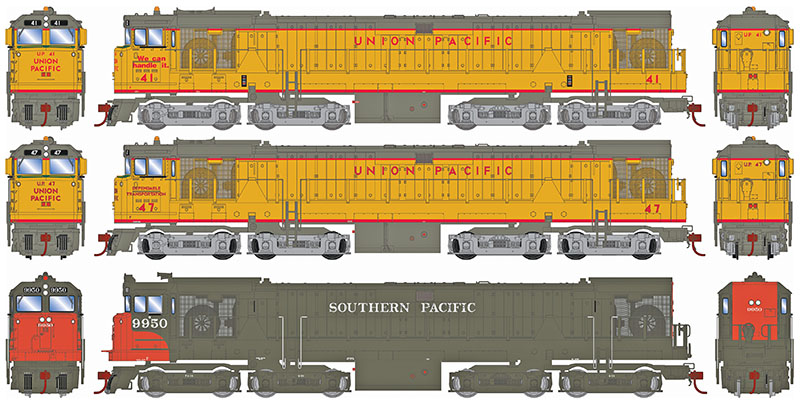 ABOVE: Athearn’s coming HO-scale Genesis U50 production will include all three Southern Pacific roster members and several Union Pacific releases, including a reproduction of the one known U50 to carry the road’s “We Can Handle It” slogan of the 1970s. These U50s will include several enhancements versus past production models.

Union Pacific (UP) was the majority owner of GE’s U50s with 23 of the 26 units serving on its roster. Southern Pacific (SP) took three (8500–8502 and later renumbered 9550–9552), as did UP initially, though this trio was the only “bloody nose” U50s with no orders following the first sample. UP numbered its 5,000-hp U50s 31–53 with plans to uprate their horsepower output to 5,600 in 1969 and move them to 5600-series road numbers. Although UP 52 served as an evaluation for this hike in horsepower, the concept didn’t become a reality and that test unit was de-rated from 5,600 to 5,000 matching the rest of the fleet. Generally, UP’s U50s saw a decade on the Western carrier’s roster with the first departing service in 1973 and all were retired by 1977 (SP’s U50s saw essentially similar service lifespans).

This locomotive is referenced at times as a “U50D,” which is not accurate… though its six-axle sibling is correctly labeled U50C. GE did not present a demonstrator U50 to barnstorm for buyers in North America; however, Athearn will remedy this oversight with its red and white GE 5000 model that borrows the look of the diesel builder’s demonstrator livery and makes for a believable “what if” to operate and own in HO. In addition to its GE demo Legendary Liveries U50, Athearn will show an alternative reality where Santa Fe bought U50s with two road numbers decked out in the road’s mid-1960s look. Santa Fe was a supportor of GE from the arrival of U25s forward and had they dabbled in the double-diesel crazy this is what might have been on the roster. Check with your hobby dealer to make reservations on this coming Genesis HO U50 release. 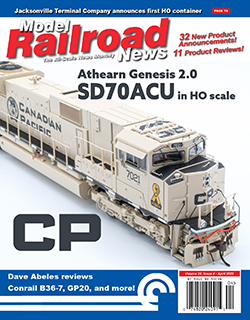