The first HO model of Denver & Salt Lake’s 200-series appeared in 1969. The model, like the future production examples, came from Japan. PFM practice on some releases was to credit United Scale Models, known by its shield-like logo, for efforts coming from a variety of smaller builders. Atlas Industries of Kawaguchi, Japan, was the actual builder for all production of HO Denver & Salt Lake 2-6-6-0 models. 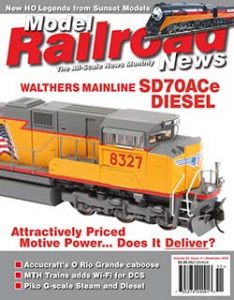 By Tony Cook/Photos by the author

Asking why a particular product isn’t made or available in model railroading is a large part of the hobby for many, including myself. For this installment of “From the Archive,” I’m presenting a popular steam locomotive selection imported by Pacifi c Fast Mail (PFM) in HO and O. In addition to, hopefully, entertaining you with images and information on this vintage model, I think this subject steam locomotive would make a great contemporary release. Let’s look at this HO 2-6-6-0 model and its Denver & Salt Lake (D&SL) prototype together and see if you don’t find interest and appeal in this prototype too… That is if you don’t already. 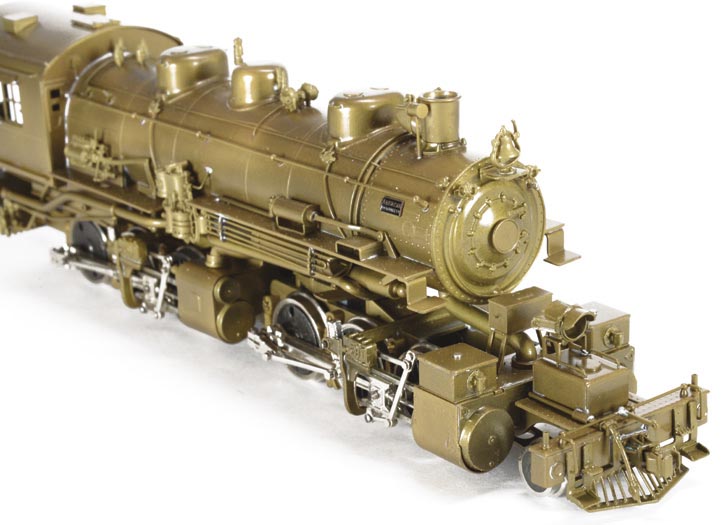 As delivered, this Alco-built Mallet was a 0-6-6-0; D&SL revised its first group into 2-6-6-0s. Later production came to the D&SL with 2-6-6-0 wheel arrangement. The placement of the headlight low and out on the front pilot came later in the service life of this class.

D&SL’s Alco-built Mallets came about from a design originally used by Baltimore & Ohio’s “Old Maud.” Another western railroad to see and find a need for this style of steam locomotive was Great Northern. Similar in appearance to the D&SL 200s, Great Northern’s L-1s also sported 55-inch drivers, but came from Baldwin rather than Alco.

The group of Mallets famously worked D&SL’s climb over the Continental Divide west of Denver in the early part of the 20th Century. The road’s goal was direct service between Denver and Salt Lake City. Approximately 50 miles west of Denver, the D&SL made its crossing of the Great Divide via Rollins Pass at 11,660 feet. Keeping this section of the road in service year-round, as well as other issues, confined the D&SL to Colorado. The line ultimately ended at Craig, Colo., in the northwestern part of the state. A 1934 segment known as the Dotsero Cutoff connected the D&SL with Rio Grande’s line in western Colorado. The connection made through service to Denver and Salt Lake City a reality. This class of steam locomotives went on to serve the Rio Grande, following its 1947 takeover of the D&SL. 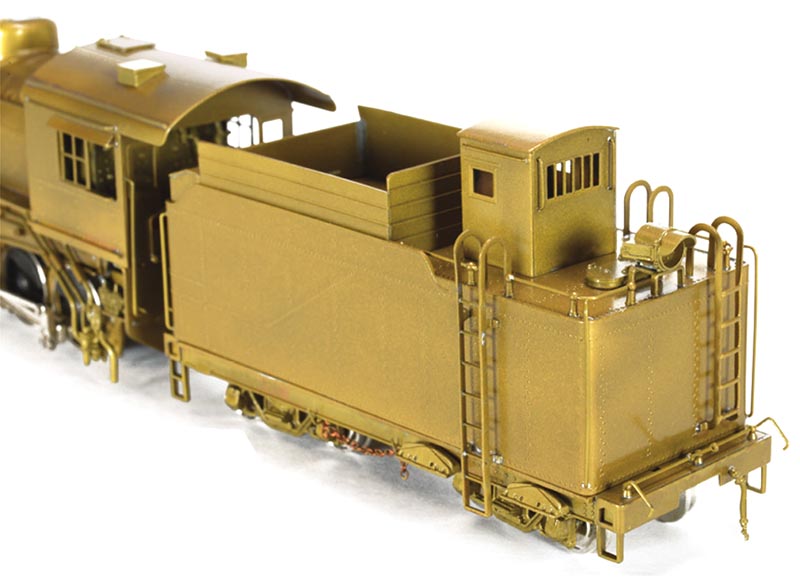 This close-up of the tender shows the detail that went into this impressive PFM release. Note the re-railer devices, chain, coupler cut lever, and other details on this tender that came complete with a doghouse used for switching moves.

The first HO model of D&SL’s 200 series appeared in 1969. The model, like the future production examples, came from Japan. PFM practice on some releases was to credit United Scale Models, known by its shield-like logo, for efforts coming from a variety of smaller builders. Atlas Industries of Kawaguchi, Japan, was the actual builder for all production of HO Denver & Salt Lake 2-6-6-0 models.

Tenshodo created a Crown-series HO model of Great Northern’s L-1 in the 1970s that PFM imported at the same time the company brought in the D&SL model crafted by United Scale Models. PFM’s catalog included a Baldwin 2-6-6-2 lettered for logging road Sierra that looked similar to the D&SL Mallet.

The headlight placement on PFM’s HO model represents a later era for this D&SL prototype. Denver & Salt Lake initially located the headlight on the top of the boiler face. On the model, a bell is mounted in this upper location, and the headlight resides on the front pilot. To my knowledge, all HO scale PFM offerings followed this arrangement. The early 1980s O-scale PFM 2-6-6-0 came from Korea and Samhongsa. That 1/48 brass rendition came in multiple versions that included the early D&SL upper headlight and later lower placement. Collectors should note that only PFM’s final HO import in 1978 included boiler backhead detail. If you’re considering obtaining a sample of this interesting model, remember to check which production run is in the offering, and look for this interior cab detail. 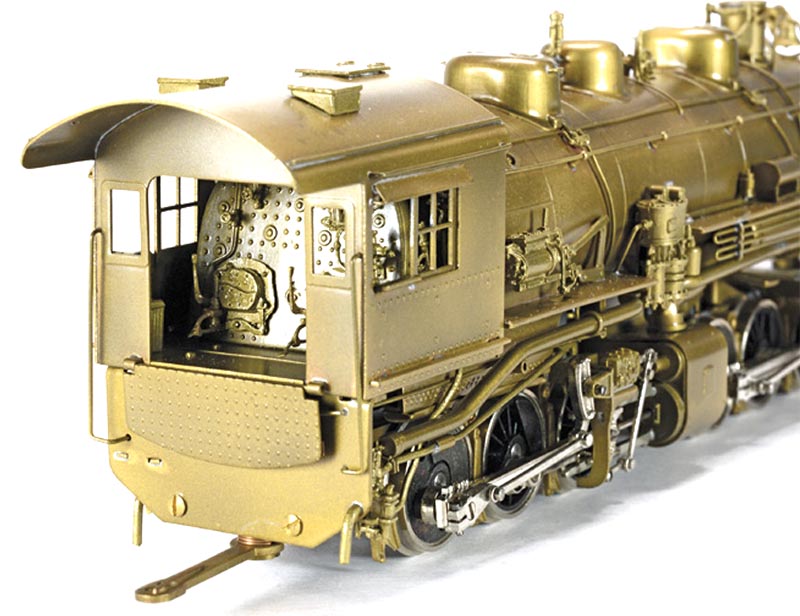 Collectors take note: only Pacific Fast Mail’s 1978 import run included the boiler backhead detail you see in this image. Prior runs, beginning with the first 1969 offering, have a view of the motor protruding into the cab.

You’ve never been able to buy this prototype outside of Pacific Fast Mail’s brass imports in HO and O scales. Modelers have utilized Mantua’s Uintah-Sumpter Valley 2-6-6-2 steam locomotive and turned it with some success into a D&SL 200-series model. While Denver & Salt Lake is certainly not in league with Union Pacific or Pennsylvania Railroad, the number of times PFM imported this 2-6-6-0 is a testament to its popularity.

Doubtless, many examples never saw D&SL or Rio Grande lettering but found use as a home-road roster member. A good reason for this model’s use is its appearance versus its size. This impressive-looking steam locomotive enjoys modest proportions, making it ideal for a model railroad. This 2-6-6-0 is one that can manage to look gigantic while still taking sharp layout curves in stride. For this reason, I would consider this contemporary 2-6-6-0 to be a strong candidate for a new high-end HO release. In this issue of Model Railroad News, you learned about Sunset Models’ new Legends series. This D&SL prototype would certainly be a steam locomotive to contemplate including in that product line or others. 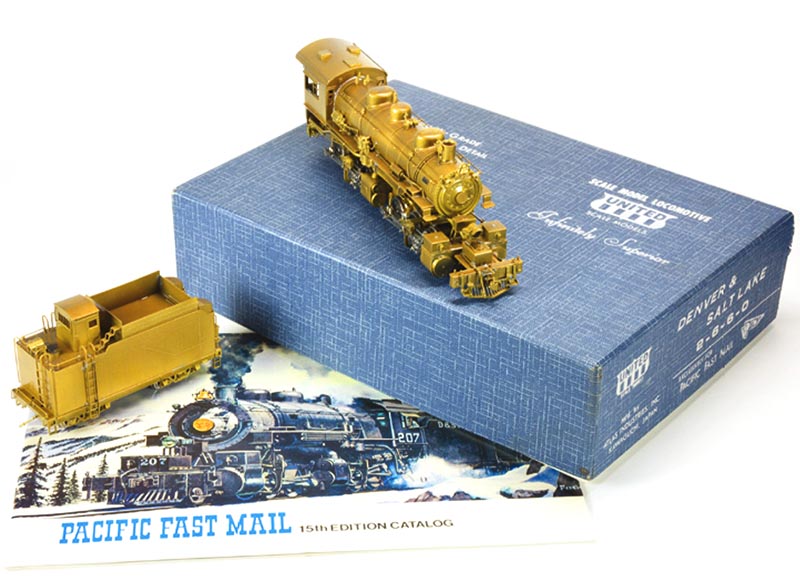 Model Railroad News extends special thanks to Terry E. Cook for sharing his D&SL 2-6-6-0 steam locomotive model for use in this installment of “From the Archive.” This example came from Florida’s Brass Trains and was once in the personal collection of PFM’s Don Drew.