Much has been written about Lionel and its place in history. The upcoming holiday season, along with Model Railroad News’ examination of the latest group of Lionel releases for the HO market, presents an excellent opportunity to take a look back. There is far too much history to cover in “From the Archive,” but here’s a brief journey through Lionel’s history with HO model trains. In-depth features on Lionel and its history is planned for future editions of MRN’s sister publication, HO Collector.

Introduced in 1957 and dropped following its appearance in Lionel’s 1966 catalog, the 1950s/1960s Lionel releases mark the company’s first run at HO model trains. The closest Lionel came prior to 1957 to marketing to the more serious or hobby end of HO was a pre-World War II line of OO-scale (1/76) model trains.

As many know, the O-scale market’s dominance in the hobby diminished in the 1950s, and HO became the scale with the most sales by the decade’s close. According to Greenberg’s Guide to Lionel HO Volume I 1957–1966 (Greenberg Publishing, 1993), Lionel had been considering an HO line for a number of years. The company selected to import its first collection of HO for 1957 from Rivarossi in Italy. The agreement would see only a year of cooperation between the two companies, and Athearn started producing HO for Lionel in 1958. Lionel purchased tooling from John English’s HObbyline and used those models as the basis for its HO products during the 1960s. The line saw additions during the early 1960s and remained part of Lionel’s catalog through 1966.

Perhaps the longest survivor in Lionel’s line to date is this Alco FA-1. The plastic shell’s tooling started with John English’s HObbyline in the 1950s. Lionel purchased this diesel model and other English-made trains around 1960. The blue-and-yellow Chesapeake & Ohio FA-1 is from Lionel’s early 1960s catalog. Back in 1974, Lionel returned to HO with a GP9 and (again) an Alco FA-1. Note the differences in the Amtrak FA-1 from the mid-1970s and the C&O model from the 1960s on the left. The FA-1 was brought back in 1988 for its appearance in Lionel’s Rail Scope offering. An opening appears below the headlight for the camera in the Rail Scope rendition of this model.

The 1970s saw an expansion of new companies in the HO market that rivaled the 1950s rush to 1/87. At the start of the 1970s, a major change came to Lionel trains. General Mills acquired rights to manufacture and market Lionel’s trains in 1969. The 1970s saw Lionel O-gauge trains sold as part of General Mills’ Fundimensions Group.

Lionel promoted its General Electric motor and the pulling power of its 1974 locomotives. This U18B drive is Lionel-made with Mt. Clements, Michigan, origin markings on the bottom of the fuel tank.

A year ahead of company’s 75th anniversary in 1975, Lionel returned to the HO market. The initial collection of HO trains for 1974 was a limited group of train sets with revised editions of the previously offered Alco FA-1 and GP9 diesels and rolling stock. The 1975 line included the announcement for the HO-scale GS-4 Northern steam locomotive and American Freedom Train passenger car models, as well as structure kits (from Pola in West Germany) and separate-sale rolling stock.

Lionel’s rolling stock came from a number of sources over the years. These two examples represent Lionel-made efforts from the 1970s. Note the slightly different version of the famous X2f (“horn-hook”) coupler provided with many Lionel HO releases of the past.

The 1976 offerings showed continued expansion of Lionel’s HO line with the introduction of General Electric U18B and EMD GP30 diesels. The 1976 catalog is an interesting one for collectors. Inside, you’ll see a brass GP30 decorated in a Burlington Northern scheme not featured on production Lionel releases. Three new structure kits listed in 1976 are shown with images of mockups, and these offerings are not known to have gone beyond the prototype stage.

In Canada, Lionel’s HO trains went under Parker Brothers branding. If you’re not familiar with that name, these Canadian offerings make for some really interesting Lionel items. There is a series of 50-foot plug door boxcars (a type not sold in Lionel’s U.S. line) and a matching Alco FA-1 and caboose (a wide-vision style also not in Lionel’s U.S. catalog) commemorating Canada’s provinces. You’ll also discover an Action Red GP30 lettered for CP Rail, as well as a blue-and-yellow Ontario Northland GP9, among other Canadian exclusives. These Canadian Lionel HO releases featured unique packaging, reflecting Parker Brothers’ general look and style. 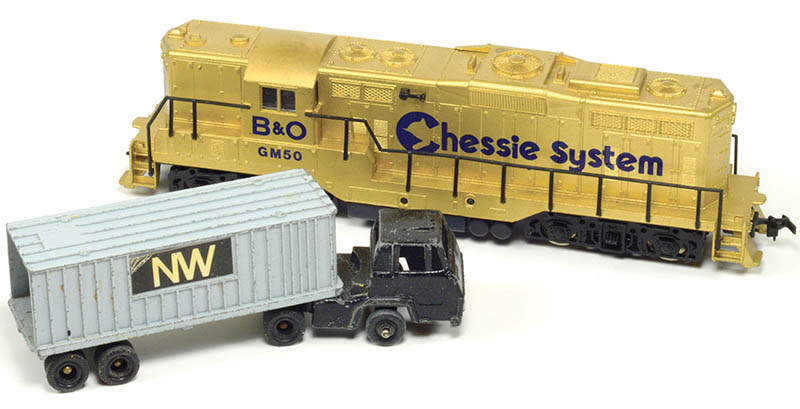 Lionel’s last catalog of the 1970s promoted 1977 products, and the majority of items in the locomotives and rolling stock section were Kader-made pieces. The GP30 returned to appear on the cover of the 1977 Lionel HO catalog dressed for Conrail, but no examples of this model in any livery appeared inside the publication.

When released in the late 1980s, Lionel’s Rail Scope system attempted to bring the view from the cab of a model locomotive to the hobbyist. Today, this feat is accomplished in a variety of fairly simple methods thanks to technological advances. For its Rail Scope of the late 1980s, Lionel mounted a camera in the nose of a locomotive that transmitted silent black & white video via the rails to a small television monitor. For its HO release, Lionel’s Alco FA-1 tooling received modifications and came in a gray-and-black pair of A-units. Rail Scope was also offered in multiple O-gauge versions. 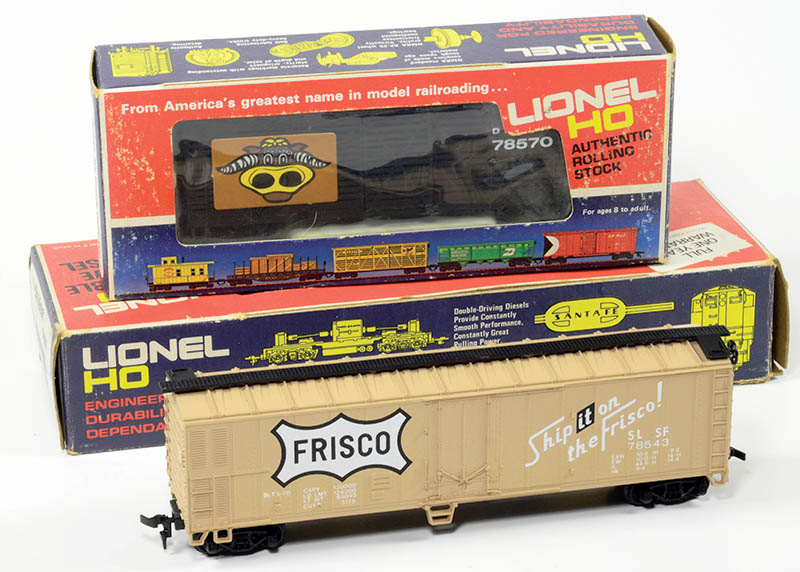 This packaging was the design used for the 1974 return of Lionel to HO. There are a great number of Lionel package variations, and you’ll find more information about those in the two volumes of Greenberg’s Guide to Lionel HO. Though out-of-print, you can locate copies of these informative collector and historical references with a bit of searching.

The first Lionel HO for the 21st Century arrived in 2003. The company introduced high-quality HO-scale reproductions of Union Pacific’s gas turbine and 4-6-6-4 Challenger steam locomotives. This was the most recent Lionel HO available, prior to the new line featuring The Polar Express models.

Announced in 2016, The Polar Express served as the subject for a series of HO models that brought Lionel back to HO scale. Watch the pages of MRN for more HO announcements from Lionel in 2018. The company is developing a roadbed track system, as well as an HO-scale theater car with a working camera. As always, we’ll be the first to report new developments as Lionel explores its return to HO scale. 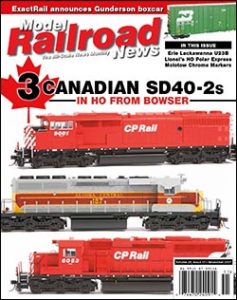