Athearn 2021 delivery of N-scale 4-8-8-4 “Big Boy” steam locomotive models include the expected Union Pacific (UP) 4014, in two versions “Promontory” and “Excursion.” You will also find UP prototypes in World War II era appearance with coal tender (the 4014 releases include oil tender). 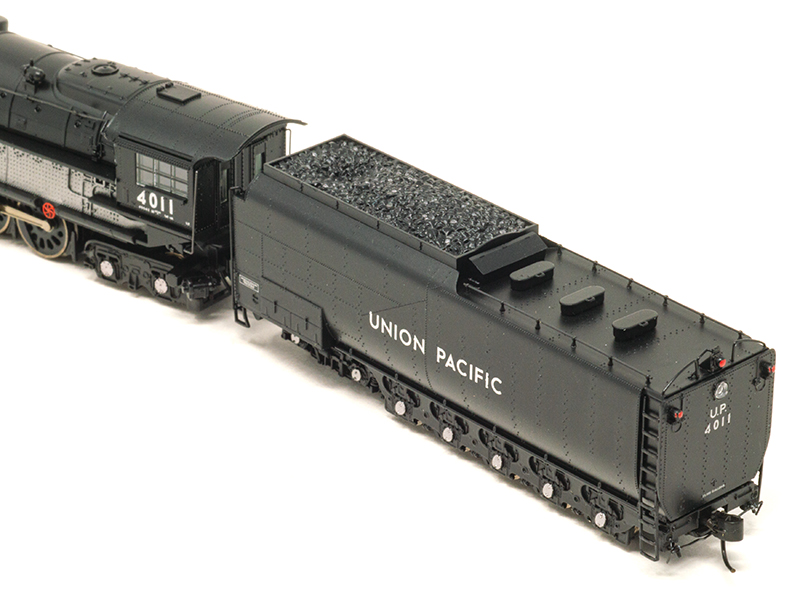 ABOVE: Set up for service as they were when new from Alco during the 1940s, Union Pacific 4011 shows off its coal tender on this highly detailed Athearn N-scale release.