C&NW purchased 30 Alco C-628s from N&W in the summer of 1973, and eventually assigned them to hauling iron ore trains in Michigan’s Upper Peninsula, where they remained in active service until the end of 1986. Bowser recently produced a special run of these locomotives in HO scale, offering its rendering in four different paint schemes and seven limited edition road numbers, encompassing the appearance of these units during their 14-year career in C&NW service. Our review sample, dressed in “Zito” Yellow and dark green and boasting post 1982 “System” heralds on its cab sides, reflects C&NW 6724 as it appeared from the early 1980s through its retirement and eventual scrapping in spring 1990.

Of the many attributes Chicago & North Western (C&NW) is known by to railfans, the railroad’s extensive roster of Alco-built diesel-electrics has always caught my attention. Starting with its purchase of three Alco-Ingersoll Rand-General Electric 60-ton Boxcabs in 1926 and 1927, C&NW would come to own an impressive fleet of Alco products by the late 1960s (bought new as well as acquired by way of subsidiaries and secondhand purchases into the 1970s), including: S-series switchers; the DL-109 and FA/FB-2 cab units; early four-axle road switchers (RS-1, RS-2, RS-3, and RS-11); six-axle RSD-4s and RSD-5s; the interim RS-27, RS-32, and RS-36 models; and even a sampling of Alco’s swansong Century lineup, a group of four C-425s delivered in late 1966.
While the variety of diesels alone piqued the interest of this Alco locomotive fan, the most surprising aspect of C&NW’s motive power practices was just how long it kept these units in service. Whereas Class 1 roads were generally purging rosters of units from the failed diesel builders (Baldwin and Fairbanks-Morse, along with Alco) by the early 1970s, the usually cash-strapped C&NW operated its ragtag fleet of Alcos into the 1980s. The early four- and six-axle road switchers were put to work on the seldom traveled branch lines through the prairies of Minnesota and South Dakota while the more modern units held assignments based out of Green Bay, Wis.

Perhaps the most fascinating aspect of the road’s experience with Alco locomotives, however, involves C&NW’s purchase of 30 used six-axle C-628s from Norfolk & Western (N&W) in 1973 for use on its iron ore hauling lines in the Upper Peninsula of Michigan. The only high short hood C-628s ever constructed, the ex-N&W units could be seen roaming the rails between Green Bay and the ore docks at Escanaba, Mich., well into the late 1980s. Unique in appearance and to the upper Midwest, the C-628s became railfan favorites during their decade-and-a-half service in the region.
Bowser Manufacturing recently commemorated these second-career C&NW Alcos for the HO-scale community and is offering its well-regarded C-628 rendering decorated in four variations of the road’s iconic green and yellow paint scheme and with seven different road numbers. Optionally factory equipped with Digital Command Control (DCC) and sound or ready-to-roll under straight direct current (DC) with just a 21-pin DCC decoder connector on board, Bowser’s latest Century models are a sight to behold both off and on the rails.

Above: C&NW 6709 (right) and 6724 (left) show the road’s Zito Yellow livery in this mid-1980s view at Escanaba, Mich. C&NW 6725 sandwiched in the center of this consist shows the earlier colors with darker hue yellow and smaller road number in different typeface on the long hood. — John C. Benson photo, Kevin EuDaly collection

Alco’s Century Series
The early 1960s was an era of milestones for second generation diesel locomotives. The economy and railroad operations had changed dramatically since the industry’s post-World War II transformation from steam to diesel. The cost of doing business was up and the amount of freight railroads had been hauling during and immediately following the war was on a decline due to rising competition from trucking companies. This situation eventually translated into the railroads changing their locomotive requirements from multiple low-horsepower diesels to more powerful single units. The horsepower race was on, a race that would see the demise of several builders and the creation of the smaller but highly competitive locomotive market that exists today.
A relative newcomer to the road diesel locomotive market, but no stranger to the industry, General Electric (GE) set the tone for second generation diesel development with the release of its 2,500-hp four-axle U25B in 1959 and the six-axle U25C in 1963. General Motors’ Electro-Motive Division (EMD) countered with its 2,250-hp four-axle GP30 in 1961, while its 2,400-hp six-axle SD24 had already been cataloged in 1959. Fairbanks-Morse never did quite recover financially from its early 1950s release of the rather poor-selling six-axle H-24-66 Train Master; it was basically out of the diesel locomotive building business by the early 1960s and the arrival of second-generation models. Alco, however, who had been suddenly pushed into the number three spot by GE, fought back hard in hopes of regaining its prior position in the marketplace with the announcement of a new line of high horsepower diesel locomotives in early 1963 — the Century Series.

Above: The shell of Bowser’s C-628 is easy to remove by simply unscrewing the coupler boxes from beneath the chassis and then lifting off the shell. Our unit features a factory installed LokSound 5 decoder with speaker mounted in the black plastic baffle box over the rear gear tower. DCC-ready units are also available, though, and feature a circuit board with 21-pin connection. LED illuminated headlights and number boards are also included.

This new group of second-generation diesels that included Alco’s C-628 was the builder’s response to the six-axle high-horsepower U25C from GE and SD24 from EMD. At 2,750-hp, Alco’s C-628 put the company well over the top in the horsepower competition. The new design was powered by a turbocharged four-cycle 16-cylinder 251-C prime mover, which at full power operated at 1,050 rpm, and was equipped with a model GT-586 generator, six 752E6A traction motors, and a standard 2,000-gallon or optional 4,000-gallon fuel tank. Its starting tractive effort was rated as high as 93,000 pounds at 25 percent adhesion, depending on operational weight, while maximum continuous tractive effort was rated as much as 85,800 pounds at 9.5 mph and, with a 74:18 gear ratio, the locomotive could attain speeds up to 70 mph.

The 69-foot-long 370,000 pound (nominal weight — some units weighed well over 400,000 pounds due to how they were ballasted) locomotive utilized a sealed carbody design that was also targeted for easy maintenance by providing numerous hatches for access to the engine, generator, radiator, compressors, and filters without the need for removing the entire hood. Advancements made with the introduction of the C-628 also included transistorized wheel slip control and a slide-detection system that automatically reduced the power to the traction motors and, if necessary, initiated sanding when wheel slipping occurred. This combination of high horsepower and adhesion for maintaining consistent tractive effort allowed the C-628 to change the notion of six-axle locomotives from one of low speed heavy haulers to fast freight engines.

Of all the six-axle Century Series locomotive designs that went into production (including the 3,000-hp C-630 and 3,600-hp C-636, both built concurrently with the C-628), the C-628 was the best selling with 186 units erected, including four Alco demonstrators. Constructed between December 1963 and December 1968, original U.S. purchasers of the C628 (at an average cost of $225,000 each) included: Atlantic Coast Line, Delaware & Hudson, Louisville & Nashville, Lehigh Valley, Monon, Norfolk & Western, Pennsylvania Railroad, and Southern Pacific. Furthermore, 46 units were delivered to Mexican railroads Ferrocarril del Pacifico, Ferrocarril de Chihuahua Pacifico, and Nacionales de Mexico. There were five C-628s built for Hammersley Iron in Australia — the only six-axle Century Series Alcos to be sold new outside of North America. 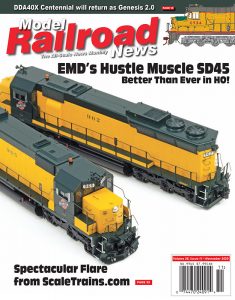