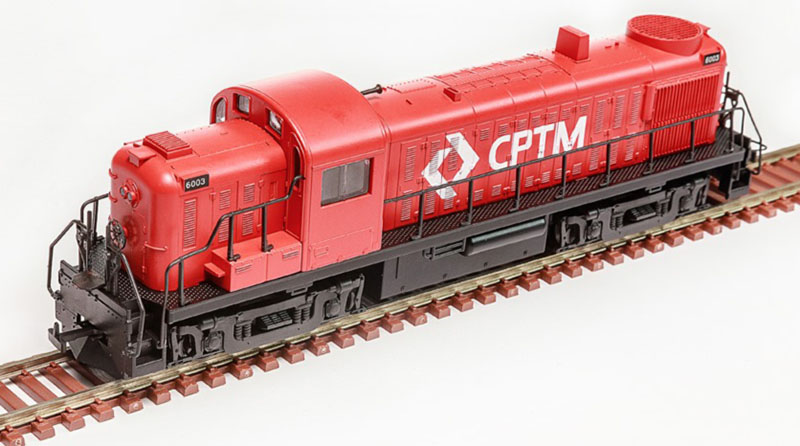 Decorated in an attractive red with with livery for Brazil’s CPTM. This offering is one of three RS-3 road names currently available from Frateschi for this fully assembled HO-scale release.

ABOVE: Featuring an A-1-A truck arrangement to spread weight out across lighter rail, Alco’s RSC-3 is now available from Frateschi.