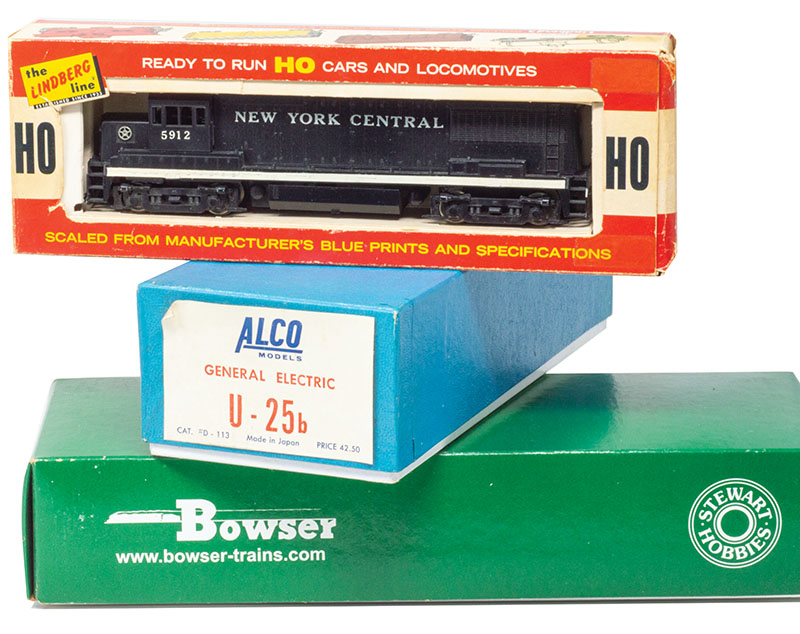 Like many diesel enthusiasts and modelers, I have certain prototypes that have special appeal to me. General Electric’s (GE) U25B ranks near the top of that list. For decades, I wondered about the never-released Lindberg plastic HO-scale U25B… and was fortunate to locate the only nearly complete and boxed example I’ve ever encountered (see the Lindberg cover story from the first edition of HO Collector). 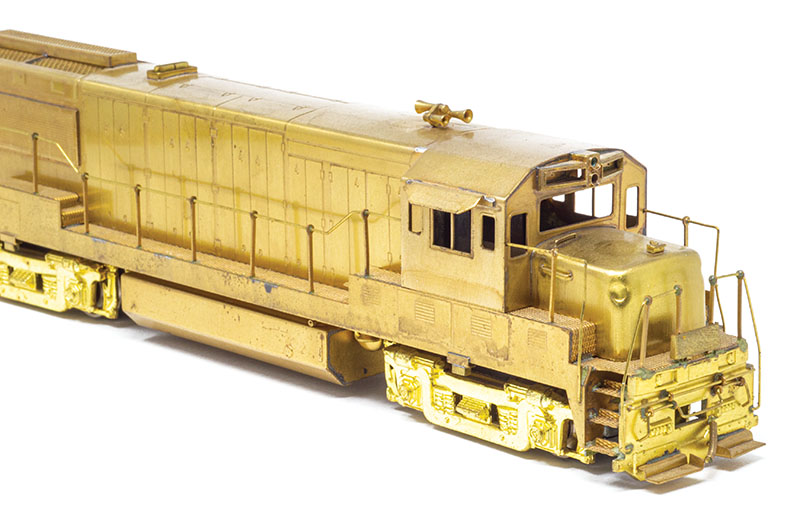 ABOVE: I was excited to find a good example of a brass Alco Models HO U25B many years ago at Mizell’s Trains in the Denver area (Remember that store? I miss it!). Always fun to pick up a souvenir on a trip, and that model came back with me from a Colorado journey.

I have several examples of the plastic U25B model produced originally by Stewart Hobbies. That model debuted in 1987 and versions came with Athearn “blue box” drives and later a Kato-made mechanism. Stewart Hobbies followed its Phase II effort with a Phase IV version in 1990. Bowser acquired these U25B toolings and reintroduced this diesel locomotive model as a fully assembled offering. Bowser revisited its U25B with additional enhancements in recent years. As much as I like U25Bs, I am challenged to love this effort with the placement of the classification lights on the face of the nose and tail. And, like Lindberg’s effort, the walkway space around the nose and back end seems too tight. 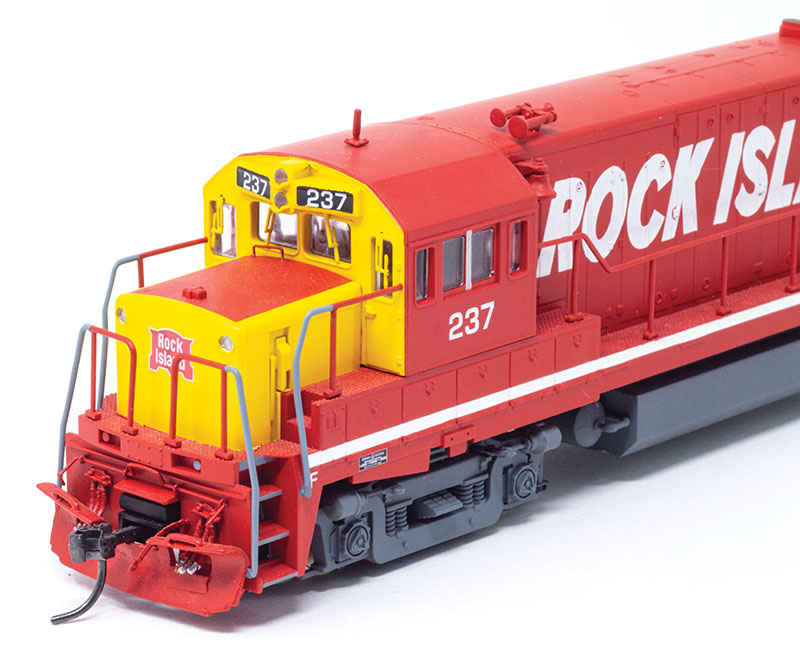 ABOVE: This is a Bowser release that brought improvements to a Stewart Hobbies U25B model that has been available in HO since about 1990.

My bucket list retains GE’s U25B. I’ve eyed several high-hood Phase I brass examples over the years and came close to spending too much money on eBay for one… but then why not? Who would ever make a seriously great U25B in plastic (including those odd duck Phase I high hoods)?

As you read at the beginning of this issue’s new product announcements section, Rapido Trains (rapidotrains.com) has answered this call. Not only do we have a new state-of-the-art plastic HO-scale U25B promised, the company will reproduce various production phases… including the infamous and legendary high-hood Phase I. When I first saw this, I contacted Rapido Trains’ President Jason Shron and simply said “THANK YOU” and followed that correspondence with, “You are really doing this?”

Watch for updates and check out the TrainWorld live event, where I join in a discussion on GE’s U25B and this coming model. 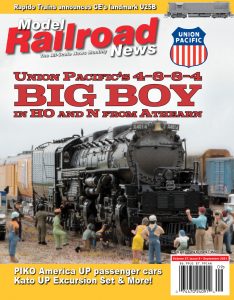 “From the Archive” is a regular Model Railroad News feature.