Micro-Trains recently released a 35th anniversary Montana Rail Link (MRL) boxcar. This assembled N-scale model uses the company’s 60-foot sliding door prototype as a canvas for this colorful and intricately detailed tribute to MRL. The road’s 35th anniversary will also be its finale, as BNSF recently announced it was acquiring the line (originally Northern Pacific trackage, and later Burlington Northern spun off in 1987, and soon to be new to BNSF’s system). 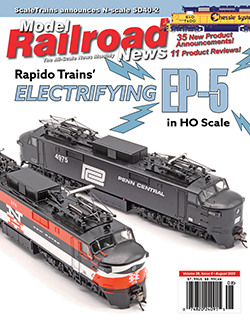