ExactRail offers a new production run for its Platinum Series coil car model. The release reproduces a Thrall-built freight car introduced in the early 1990s.
For this new offering, ExactRail includes Conrail’s G52S (last release was G52U series cars). The prototypes went to work in late 1993 and ExactRail presents Conrail versions to cover a range of years from as-delivered to later repaints and patched-out editions of this car’s “CoilSHIELD” decoration with Conrail’s “Quality” lettering. Multiple road numbers are available for each of these Conrail looks. 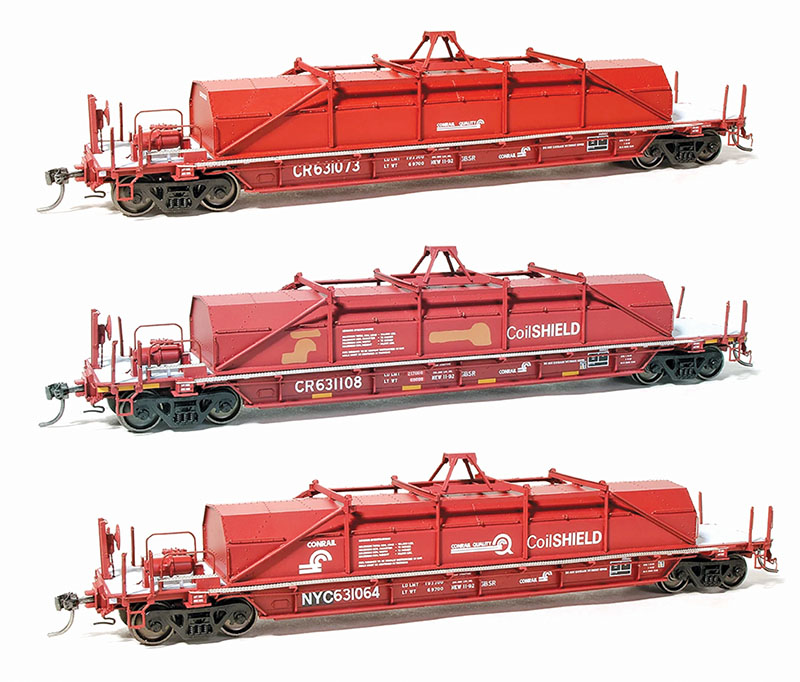 ABOVE: ExactRail’s Thrall-prototype coil car is available decorated for four Conrail looks. At top is the 1993 as-delivered appearance, below that is a repainted hood version, followed by a “patched” hood, and a release with NYC reporting marks.

In the 1999 breakup of Conrail, CSX acquired members of this fleet of contemporary coil cars. ExactRail’s research confirmed at least one fully repainted CSX example in dark blue scheme with white and yellow lettering, including NYC reporting marks. That prototype, NYC 631254, is the one-and-only CSX offering in this collection. 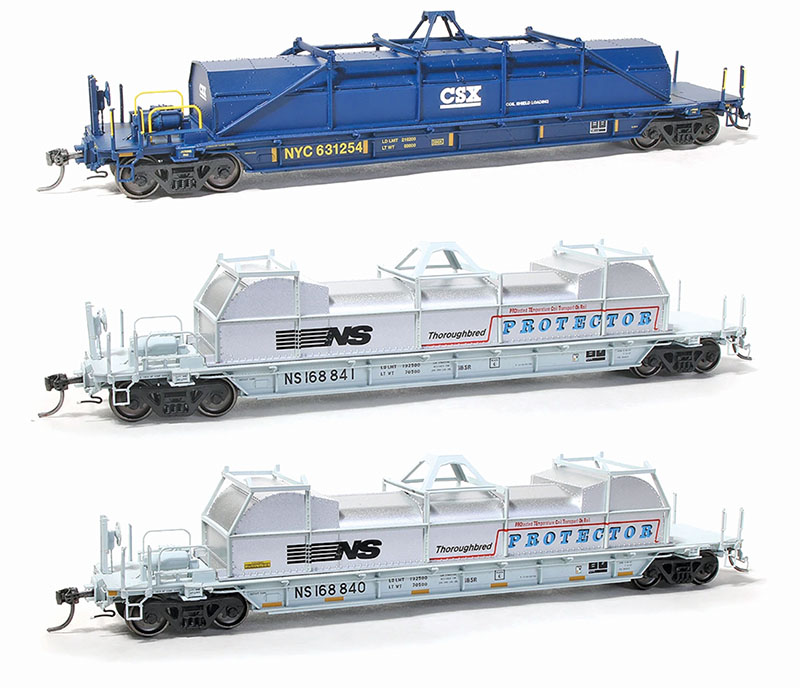