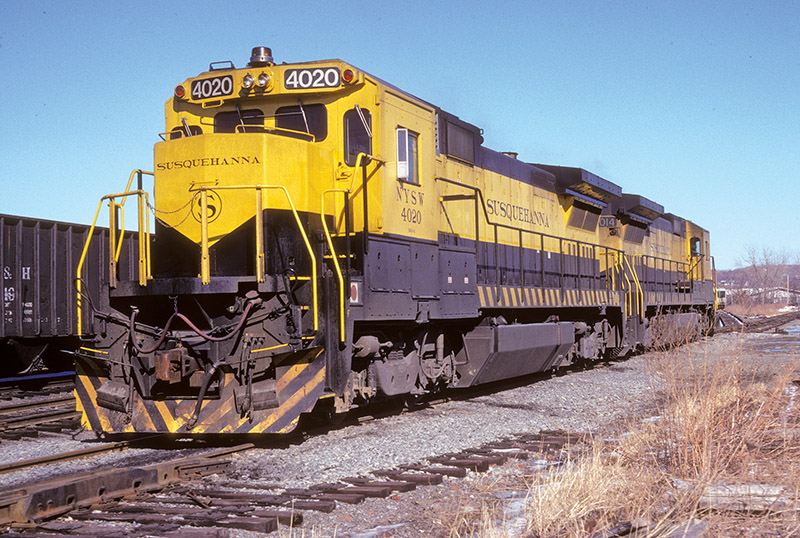 New York, Susquehanna & Western (NYSW) has a challenging history during the diesel era. The road found its interchange partners begin falling on hard times in the 1950s. From the complete abandonment of New York, Ontario & Western in 1957, followed by the loss of Lehigh & New England and Lehigh & Hudson River, through Penn Central’s troubles in the 1970s. Toss in a destructive tropical storm in 1971, and NYSW was a railroad with its share of hurdles in the generally troubled New England region of the U.S. In 1980, NYSW began enjoying some good fortune with its takeover by Delaware Ostego Corp. The road expanded it system in the early 1980s with line purchases and hauling rights on Conrail and could boast a service route of more than 400 miles. A deal with SeaLand to haul containers in the mid-1980s was a big boost for the road and new power was needed. 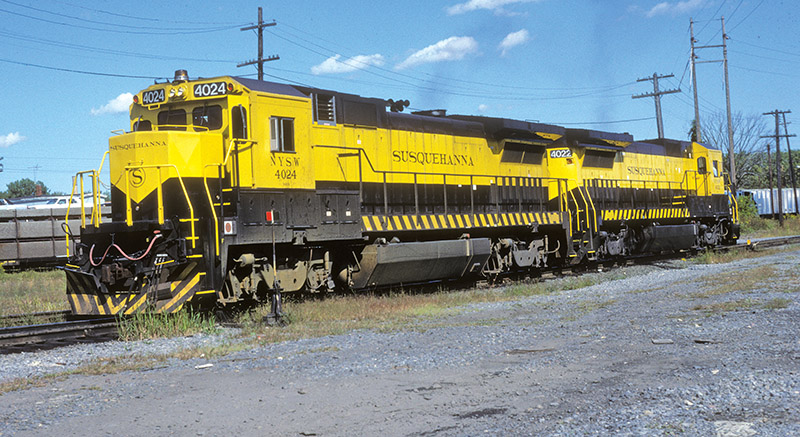 ABOVE: NYSW 4024 is one of two road numbers in Atlas’ spring 2021 release of HO-scale Dash 8-40Bs decorated for Susquehanna. This 1989 view fins the nearly new unit partnered with the next roster member down numerically: NYSW 4022. The road selected even numbers its Dash 8-40Bs, meaning there was no NYSW 4023 in the roster between these two examples. – Kevin EuDaly collection

ABOVE: A member of the hobby company’s Master series, this HO-scale Dash 8-40B comes in a Silver sound-ready edition and Gold version with DCC and sound. NYSW 4040 is one of two road numbers reproduced in HO for this run.

Atlas plans a late 2021 arrival for N-scale Dash 8-40Bs with NYSW represented with three road numbers: 4004, 4012, and 4024. Other road names in this coming release will include Conrail, LMX leasing, Pan Am Railways, Providence & Worcester, and R.J. Corman. Atlas’ Pan Am, Providence & Worcester, and R.J. Corman models will come with deck-mounted ditch lights. Also coming in this production are wide-nose Dash 8-40BWs in BNSF, R.J. Corman, and Santa Fe (all with pilot-mounted ditch lights). Also equipped with pilot-mounted ditch lights, Atlas will release multiple road numbers for Amtrak Dash 8-32BWH units in “Pepsi Can” and  Phase V (with and without white sill) liveries. 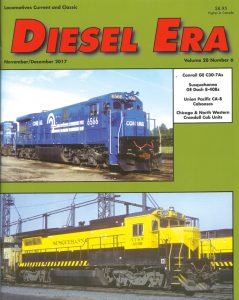