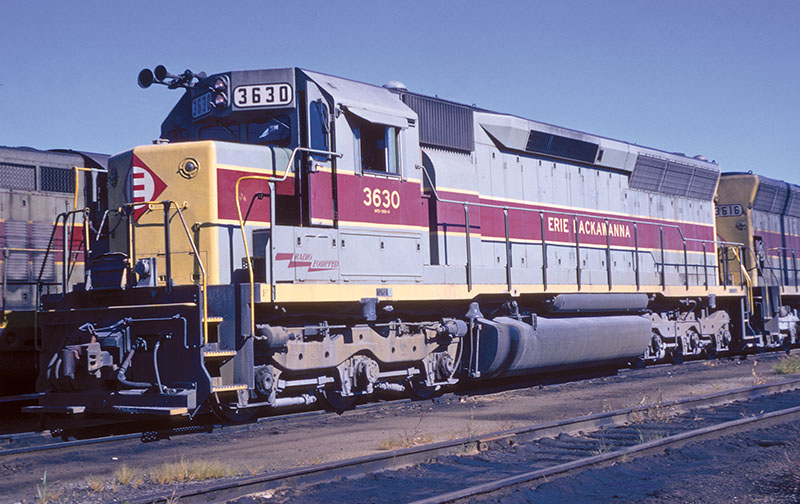 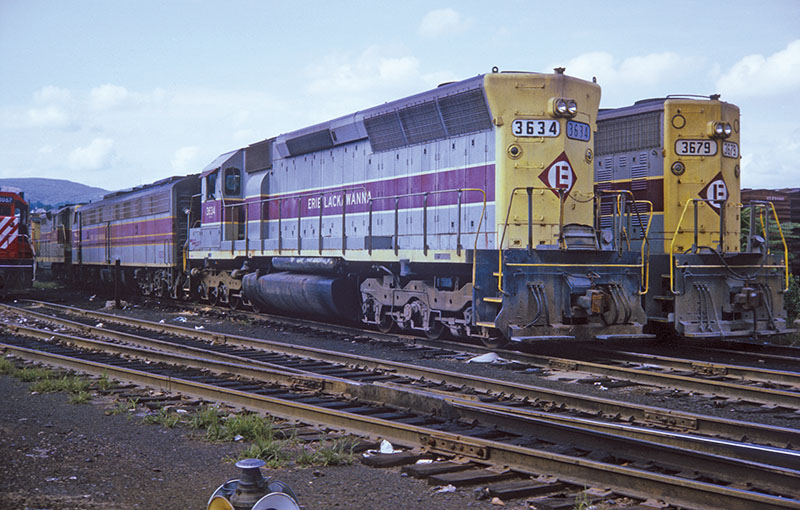 ABOVE: EL 3634 is among a variety of diesels at Scranton, Pa., in August 1973. Note the mix of truck sideframes with the lead truck sporting high brake cylinders and the rear truck has low-mounted brakes, this was not uncommon to see an SD45 with truck types mixed following a visit to the shops. EL 3679, on the right, is EMD’s “Dash 2” version of its SD45 that saw introduction in the early 1970s. — John Irwin photo, Kevin EuDaly collection

The June 1967 first batch of EL SD45s are identified as Phase Ic examples, according to Robert Sarberenyi’s research, which includes open-top style fans on the unit’s dynamic brake and radiator sections. When the 1968 collection arrived, EMD’s SD45 production had seen some revisions in the year separating this second order from the first for the railroad. EL’s second batch of SD45s can be identified as Phase IIb examples. 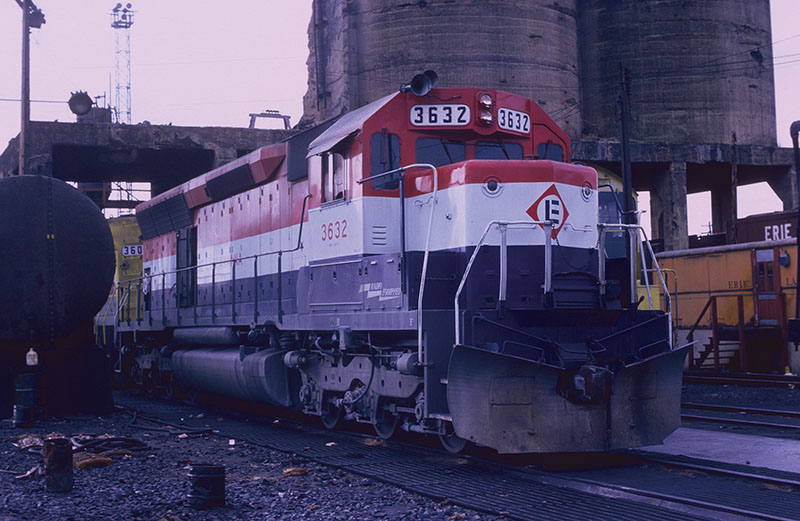 ABOVE: EL 3632 wore a patriotic version of the road’s livery to celebrate the 1976 U.S. Bicentennial. Here’s the unit at Secaucus, N.J., on February 29, 1976. In the coming ScaleTrains.com production, this red, white, and blue Erie Lackawanna SD45 will be offered. — George W. Hamlin photo, Kevin EuDaly collection

A footnote to Erie Lackawanna’s SD45 story is the road’s 1969 and 1970 purchases of 34 examples (3635–3668) of EMD’s SDP45s. This was EMD’s passenger version of its 3,600-hp SD45; however, EL bought its SDP45s without steam generators and they were used for freight duty. The concept in buying this SD45 variant was to receive a longer frame with fuel tank capacity that was greater than a typical version of this six-axle unit. EL wanted to be able to run sets of SDP45s across its system without stopping for refueling and the larger tank SDP45s made this possible.