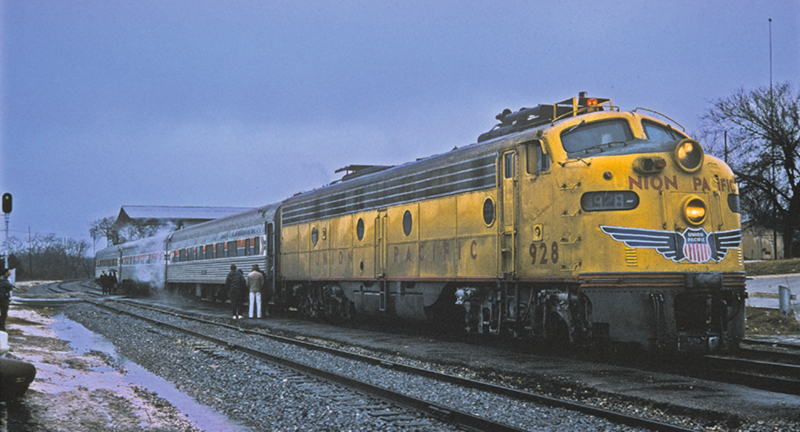 Amtrak’s Inter-American service was a forerunner to today’s Texas Eagle train operating between Chicago and San Antonio. The Inter-American carried train numbers 21-22, same as today’s Texas Eagle and provided overnight runs out of Chicago, Ill., south through St. Louis, Mo., on to Texas with stops as Dallas, Ft. Worth, Austin, San Antonio, and finally Laredo at the U.S.-Mexico border. 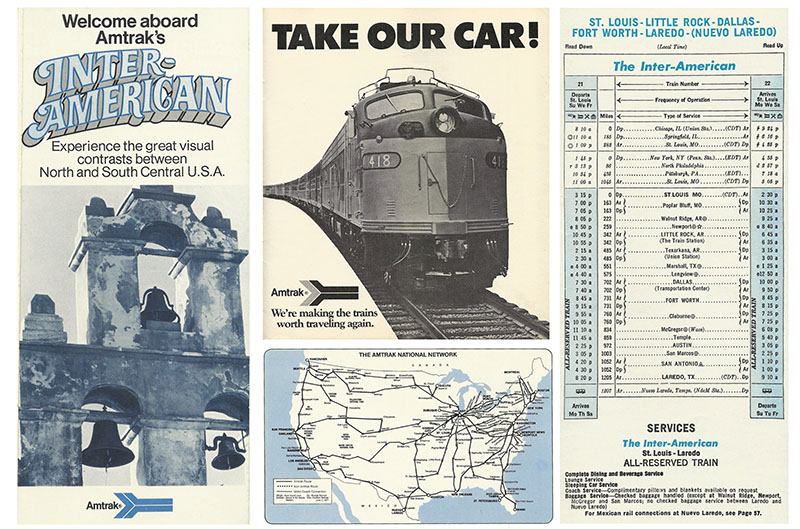 ABOVE: Here’s some 1970s era Amtrak promotional/timetable materials for its Inter-American service.

In Amtrak’s early days, its Texas Chief and later Lone Star (Trains 15-16) operated a Chicago to Texas route via Santa Fe’s system. The train retained Santa Fe’s famous Chief branding until a falling out between the railroad and Amtrak in 1974 over service conditions, which brought about the Lone Star name. That Texas train provided connections at Kansas City and Oklahoma running 1,369 miles (Chicago-Houston) to make its journey and did not use St. Louis and Arkansas routing over Illinois Central Gulf and Missouri Pacific lines like The Inter-American did. The run for “The Inter-American” was 1,449 miles (Chicago-Laredo).

According to Craig T. Anderson’s Amtrak 1978-1979 Annual (1978, Rail Transportation Archives), no international service was included in Amtrak’s debut system of May 1, 1971. This oversight was remedied in mid-1972 by a Congressional appropriation that put through trains via Amtrak into Canada, at Montreal and Vancouver, and Mexico at Laredo via our subject Inter-American. Research shows another reason for creation of this train was to provide Amtrak service to the state of Arkansas, which had not been present on the system. Difficulties with host Missouri Pacific and its Texas & Pacific subsidiary slowed the start up of  The Inter-American until early 1973 (as a Texas local of sorts running between Ft. Worth and Laredo). March 23, 1974 was the beginning for tri-weekly runs putting a connection between its original northern terminus of Ft. Worth onward to St. Louis and across already in service Amtrak lines between St. Louis and Chicago.

The years this train operated were approximately mid-1970s into the early 1980s. By the late 1970s, Budd Amfleet equipment helped provide more reliable operations and comfort. The heritage equipment in the mid-1970s reportedly frequently encountered air conditioning issues making for a less-than-pleasant journey across Texas in the summer months. Amtrak’s “Pacific” series sleepers from its heritage fleet saw use mixed with new Budd Amfleet I coach cars during the final years of Inter-American operations. The train became The Eagle and quickly The Texas Eagle by the mid-1980s. This train, which remains a long-distance on Amtrak today carrying train numbers 21-22 has been a Superliner-equipped service since its inauguration.

Modeling Amtrak’s “Inter-American” in HO scale could be done with various makers’ streamlined passenger car offerings. Rapido Trains’ coming HO-scale E8 diesel locomotives will provide a high-quality motive power option for such a train in 1:87. Rapido Trains will offer Amtrak E8A units decorated for Phase I livery and detailed for the roads 1970s years in its initial production of this famous passenger locomotive. In addition, Amtrak frequently operated the train with E-units still in the paint of railroads that joined the U.S. Government-operated service. Rapido Trains will reproduce Union Pacific E8A and E8B units that would be applicable to early/mid-1970s Amtrak trains.

ABOVE: Before the arrival of new motive power, Electro-Motive Division E-units helped move most Amtrak trains from 1971 into the mid-/late 1970s. This Rapido Trains illustration presents the look of ex-Penn Central E8As decorated and detailed for Amtrak Phase I coming in HO scale.

Watch for updates on Rapido Trains’ HO-scale E-unit project and reviews of the first releases (due in the next year), in the pages of Model Railroad News. May 2021’s Model Railroad News and the 2nd Quarter 2021 edition of HO Collector will be Amtrak-themed issues marking the service’s 50th anniversary. 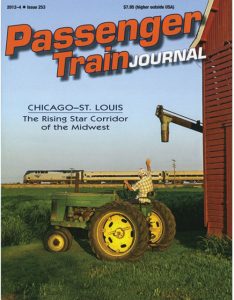 Keep up with all things passenger… subscribe to Passenger Train Journal!