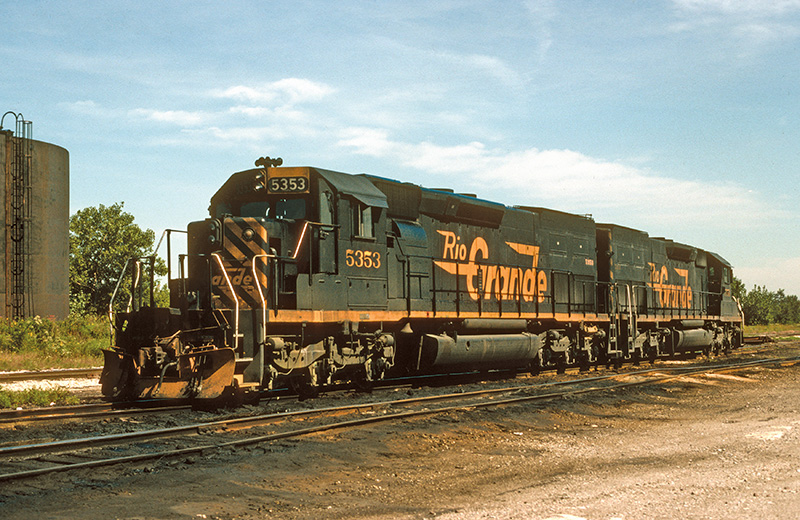 A pair of Rio Grande SD40T-2 Tunnel Motors take a break in the fall of 1989, about a year after the road’s acquisition of Southern Pacific. — Jim Boyd photo, Kevin EuDaly collection

Athearn announces a big production for its Ready To Roll series SD40T-2 diesel locomotives for early 2022 delivery. This popular Electro-Motive Division (EMD) SD40-2 variant was known as a “Tunnel Motor,” thanks to its lower air intakes along the back of the long hood sides. Developed in response to overheating issues encountered by Western U.S. mountain-climbing roads, EMD’s SD40T-2 sold to Rio Grande and Southern Pacific (and its Cotton Belt subsidiary). The units were built during the 1970s and into the early 1980s.

For its next SD40T-2 release, Athearn will offer a wide variety of body styles, detail options, and road names. The earliest prototypes being depicted in HO will be three Rio Grande Tunnel Motors (5344, 5350, and 5353) with the appearance these units had when new in the mid-1970s. The body styling and details will include 81-inch nose with ratchet-style brake, Sinclair antenna, functioning nose light, snowplow, and dual fuel filler spouts. Following years of service tackling mountains in the West, select roster members of Rio Grande and Southern Pacific’s fleet saw new careers working in the East on Wheeling & Lake Erie (W&LE). Athearn will reproduce a W&LE unit (5391) still wearing Rio Grande colors; also coming for W&LE is a patched out Union Pacific repaint of an original Southern Pacific SD40T-2 (8795). 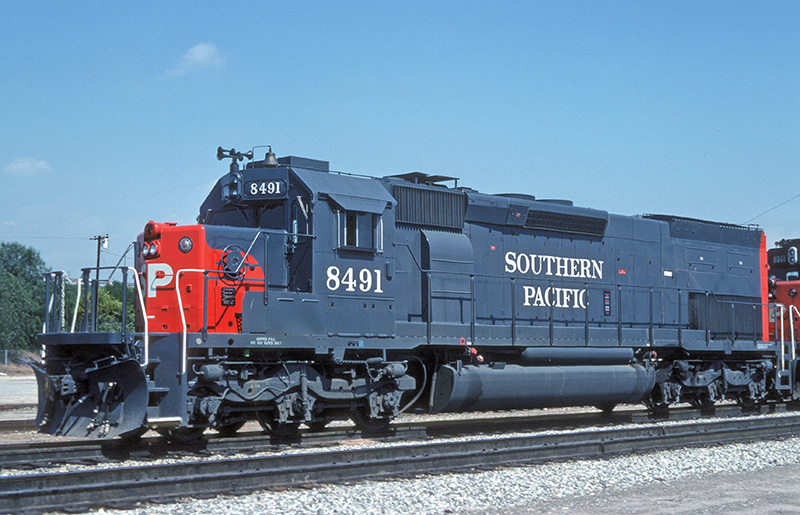 A Phase II body SD40T-2 will accurate details, including L-shaped window, will be offered for Southern Pacific in three road numbers (8490, 8494, and 8497). This collection of SP Tunnel Motors will replicate 1979 deliveries and will feature operational Gyralight package (front and rear), slanted-style Nathan P-3 air horn, and more. Late looks for Southern Pacific’s hard-working SD40T-2s will include Athearn’s “Primed for Grime” presentation with 1990s era offerings. Among those releases, Athearn will provide three snoot-nose offerings with differing details to match each road number and its appearance during its late service years. Athearn will also reproduce 1990s era simplified repaint SD40T-2s that came from the road’s Roseville, Calif., shop and included a white sill stripe and simple “SP” on the long hood replacing the standard full Southern Pacific name presentation.

ABOVE: In addition to several highly accurate reproductions of Southern Pacific Tunnel Motors, Athearn will offer this “Legendary Liveries” release applying an experimental Daylight scheme of the early 1980s to an SD40T-2 model.

An interesting “what if” SP Tunnel Motors is also coming. Part of Athearn’s “Legendary Liveries” series, the hobby company will take an experimental Daylight-inspired paint scheme applied to an SD40 and present it on an SD40T-2. Athearn’s SP 8229 will duplicate the early 1980s details and adopt the one-of-a-kind decoration. Another second owner of Tunnel Motors was Ohio Central System. Athearn will present mid-1990s era examples of these ex-Southern Pacific SD40T-2s with three road numbers (4025, 4026, and 4027). Each of the Ohio Central road numbers will include unique details, which will include ditchlights (standard- and tall-style), accurate snowplows, exhaust silencers, plated over lights, and more.

Athearn’s revised drive mechanism for its SD40T-2 includes a rear truck setup that allows for see-through ability on the lower intakes on the plastic shell. This drive mechanism will be offered alone without shell in DCC-ready and with Econami sound. The fully assembled and decorated HO-scale Ready To Run SD40T-2s will come with LED lighting and will be offered in standard DC and with SoundTraxx-made DCC and Econami audio.

Watch for a review of these SD40T-2s… subscribe to Model Railroad News!