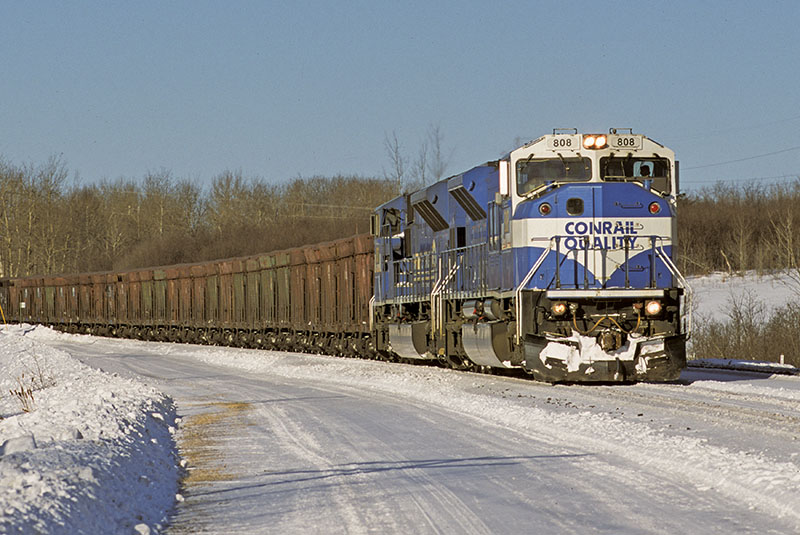 Boasting 5,000 horsepower, Electro-Motive Division’s (EMD) SD80MAC was a 20-cylinder addition in the mid-1990s to the diesel builder’s line. Featuring EMD’s 710G prime mover, a spotting feature of the SD80MAC is the inclusion of flared radiator section on the back of the long hood with dynamic brakes moving to rear of the unit behind the radiator section making for a flat-end and square appearance. This general styling would continue in EMD’s line to SD90MAC and SD70ACe offerings.

EMD sold 30 examples of its SD80MAC and all went to work for Conrail (4100-4129). As production commenced on this six-axle unit, Chicago & North Western showed its interest with an order for 15, but the 1995 merger with Union Pacific saw this group of SD80MACs cancelled. Canadian Pacific planned SD80MACs too, but its order switched to EMD’s SD90MAC. Conrail management intended to return for more SD80MACs, but the railroad 1999 split saw modification to the request with the order becoming SD70s assembled at the road’s Juniata Shops in Altoona, Pa. 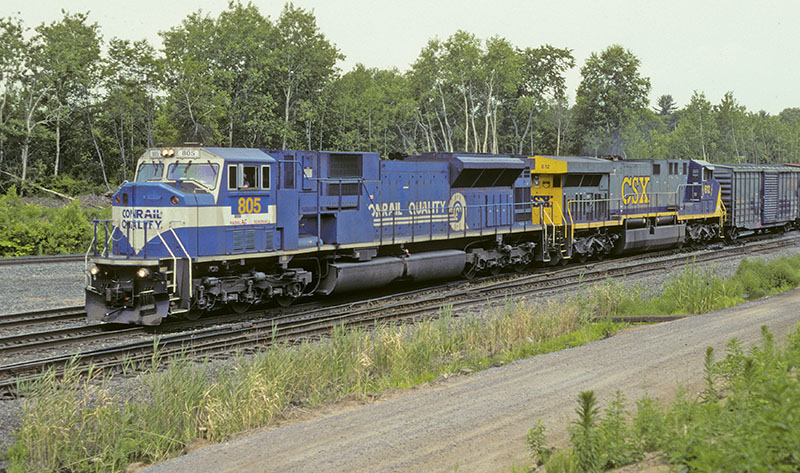 ABOVE: Patched with its CSX 805 road number is a Conrail SD80MAC paired with another uncommon 1990s prototype General Electric’s AC6000. CSX owned 13 of the SD80MACs for about a dozen years before trading them to Norfolk Southern. — Jim Conroy photo, Kevin EuDaly collection

In the breakup of Conrail, CSX received 13 of the 30 unit fleet and renumbered them 800-812. Norfolk Southern (NS) took the other 17 examples and gave them 7200-7216 numbering. The roster of Conrail SD80MACs all came back to NS in 2015 with CSX trading for a dozen SD40-2s from Norfolk Southern’s collection. By early 2020, there were 29 SD80MACs on Norfolk Southern’s roster and the road sold them off to Progress Rail with a half dozen going to Canadian Pacific Railway. The six SD80MACs going to Canadian Pacific became parts donors for an SD70ACU rebuilding project (Athearn plans a Genesis 2.0 model of this unique prototype for future release, see January 2021’s Model Railroad News for information and images of the early SD70ACU models and their prototypes). 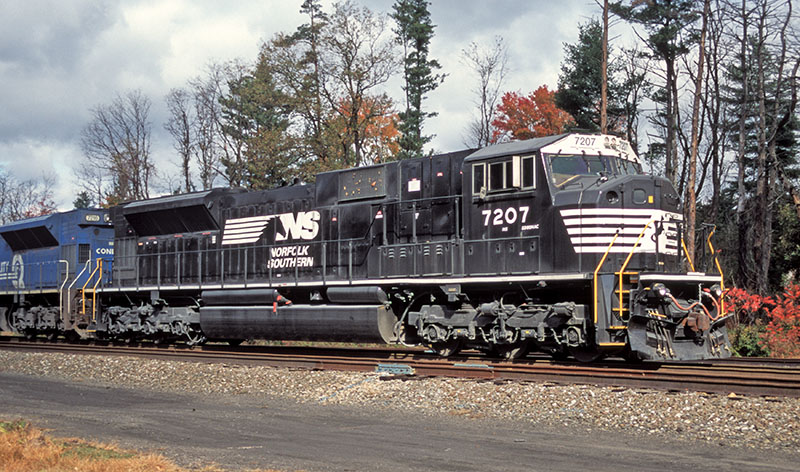 ABOVE: Norfolk Southern 7207 and 7216 (still in Conrail livery) are SD80MACs worked for about two decades on the road following Conrail’s 1999 break up, this view find them at St. Michael, Pa., in fall 2004. — Kevin EuDaly collection

Each road name includes individual road-specific details with Conrail SD80MACs featuring illuminated front and rear marker lights, alternately flashing ditchlights (DCC-sound version), and four-panel dynamic brake intake panel. The CSX releases carryover the Conrail features and also include accurate roof-mounted antenna details, repainted roof section, and walkway mounted fuel gauge. You’ll find variations across the four Norfolk Southern SD80MAC road numbers to match the prototypes. NS 7205, 7217, and 7228 come with RS-3L air horn with NS 7211 featuring a K5LA type air horn. On NS releases, front and rear marker lights are plated over on two examples (NS 7205 and 7211) and painted over on NS 7217 and 7228. In this Norfolk Southern collection, Athearn presents two SD80MAC releases (NS 7205 and 7211) representing units acquired in 1999 at the time of the break up of Conrail and a pair detailed to match the look of units NS picked up in a trade with CSX in 2015 (NS 7127 and 7228). The fully assembled HO-scale Athearn Genesis 2.0 SD80MAC release comes in standard DC version (with 21-pin socket for conversion to digital operation) or with Digital Command Control and Tsunami 2 audio by SoundTraxx.