Among Athearn November 2020 announcements are all three GP9s owned by Toronto, Hamilton & Buffalo.

While collecting and operating models for a major railroad such as BNSF, Canadian Pacific, or Norfolk Southern is great, there is something neat about being able to boast that you own EVERY locomotive of a railroad’s roster. This feat may sound challenging, but there are many railroads of a certain size that make this an opportunity you can successfully tackle. Canada’s Toronto, Hamilton & Buffalo Railway (TH&B) is an example of a road that you could recreated a complete diesel locomotive roster. 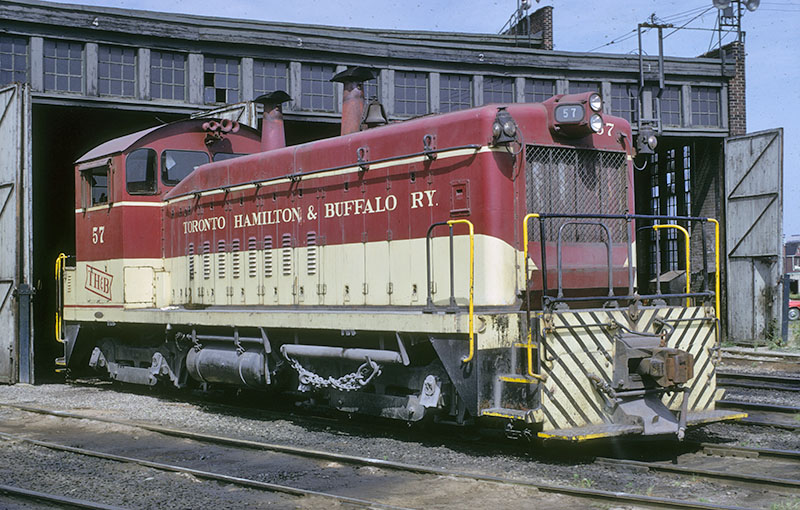 TH&B’s first diesel of sorts was a gas-electric locomotive (301) obtained from Canadian Car & Foundry in 1927 and it remained on the roster into the mid-1950s. First-generation motive power came from General Motors via Electro-Motive Division (EMD) and General Motors Diesel Division (GMDD). In early 1948, TH&B acquired EMD NW2 switchers (51-54) and returned for more four-axle switchers in 1950 with SW9s (55-58) delivering from GMDD’s London, Ontario plant. 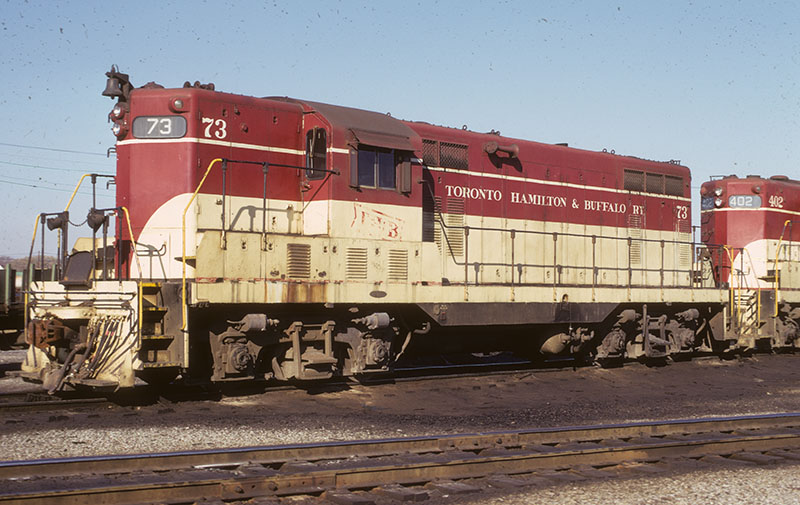 Between the switcher orders of 1948 and 1950, TH&B added GP7s built by GMDD. The group included seven GP7s (71-77) with TH&B 71 credited as being the first diesel locomotive completed by General Motors Diesel Division in Ontario. The 1,500-hp GP7s were joined on the roster by similar looking 1,750-hp GP9s in 1954. The Geeps are noted as receiving rebuilding beginning in the late 1980s, according 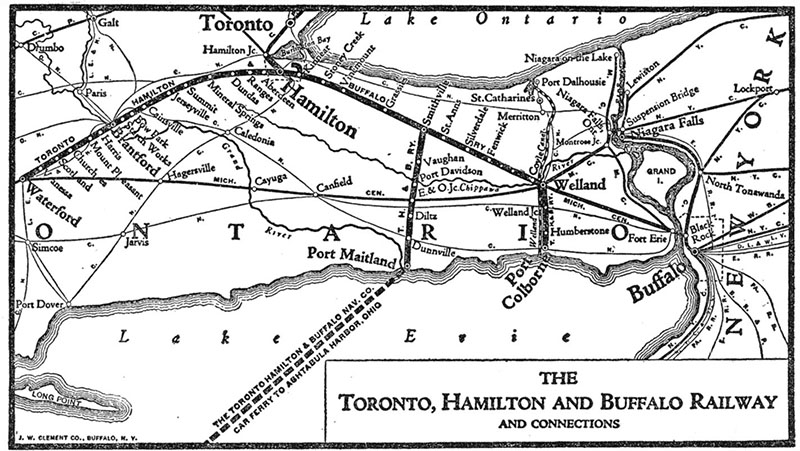 ABOVE: As was the case with many railroads, TH&B did not serve all the locations in its name. Toronto, Ontario and Buffalo, N.Y., remained off the official system map. 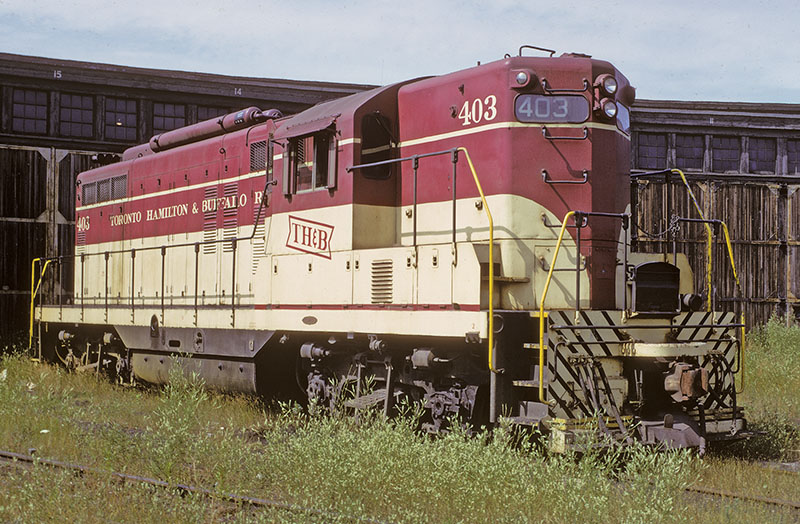 Models of TH&B equipment are somewhat uncommon, outside of several boxcars produced over the years in various scales. Athearn’s November 2020 announcements include all three of TH&B’s GP9 diesels for release in late 2021. The models will include road-specific details including larger tanks with roof-mounted air tanks, and other accurate features. Visit Athearn’s website or check with your hobby dealer for additional information.

Look for coverage of these TH&B releases in a coming edition of Model Railroad News!