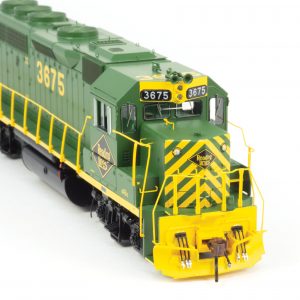 Near its end in the 1970s, Reading (RDG) purchased two types of Electro-Motive Division (EMD) four-axle road units from the diesel builder’s “Dash 2” catalog that saw introduction in 1972. The first Dash 2 additions for Reading were five GP40-2s (3671-3675) in 1973. The road returned for 20 examples of EMD’s GP39-2 (3401-3420) in 1974. All came in the same dark green with yellow livery and they would only have the opportunity to serve Reading for a few years. When the U.S. Government took control of the troubled Penn Central, the result was Conrail (CR). Conrail went into operation on April 1, 1976 and Reading’s system was incorporated into this new railroad. 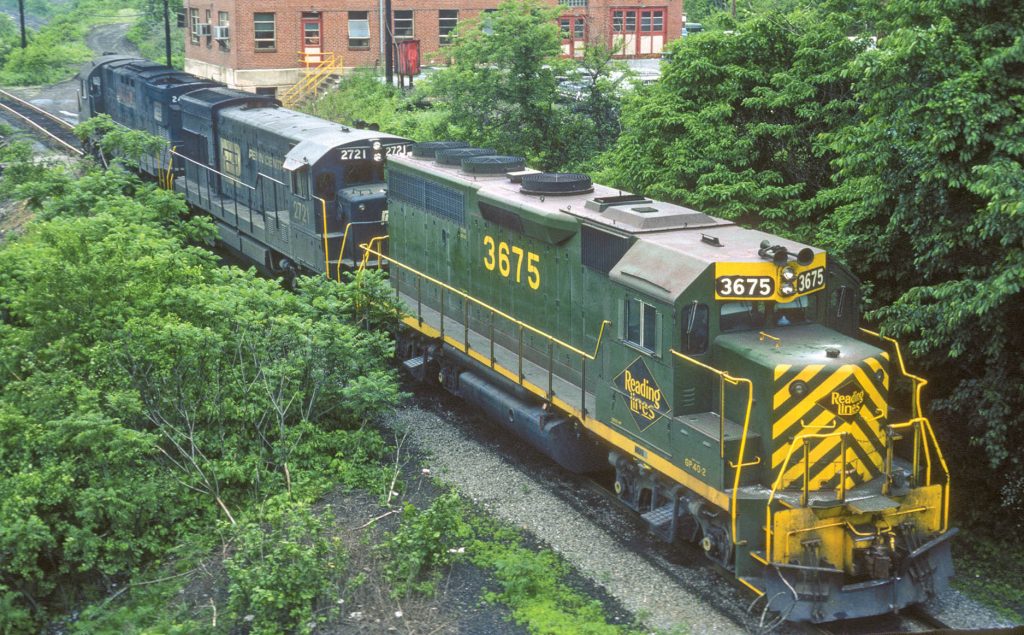 ABOVE: Reading 3675 is the fifth and final roster member of the road’s collection of GP40-2s. Though still looking every bit a Reading unit, this June 1976 view shows this ex-Reading unit in Conrail service at Rutherford, Penn. –Bob Hines photo, Kevin EuDaly collection

A mid-2020 delivery from Athearn for its Genesis series of high-quality HO-scale diesel locomotives includes Reading and some interesting related looks. There are two as-delivered Reading GP40-2s in the production (RDG 3671 and RDG 3675). Athearn also produced a patched-out Reading Gp40-2, as it looked in early service on Conrail. There are two Conrail GP40-2s with this patched Reading livery (CR 3277 and CR 3279), and three road numbers for fully dressed Conrail GP40-2s (3275, 3276, and 6278) of former Reading ownership. Conrail would itself purchase more than 100 EMD GP40-2s, though they would be of a later production phase and include different spotting features compared to the inherited set of five Reading GP40-2s.

Athearn’s Genesis GP40-2s decorated for Reading (as well as the two Conrail versions) include early phase details with respect to pilots, chickenwire radiator screens, rear footboards, and other features. Matching up to Reading’s look, the signature rain gutters over the side cab windows. You’ll find a 2,600-gallon fuel tank and medium snow plow included on these Reading HO-scale GP40-2 reproductions, as well as Leslie S3L air horn and skate-type antenna on the roof. Following Reading prototype, the models ride on standard Blomberg trucks and not the later Type-M with shock absorber and other design modifications that came in with this revised truck on many Dash 2 four-axle models.

ABOVE: Check out the road number on the cab roof! How’s that for help during your next operating session! This was an uncommon element in Reading’s decoration for its GP40-2s.

This attractive Reading GP40-2 includes a wealth of separately applied details, including grab irons, lift rings, coupler cut levers, flexible hoses on the pilots, bell mounted from the frame behind the lead truck on fireman’s side, cab wind deflectors, wipers on windshields, and more. The fully assembled HO-scale GP40-2 comes equipped with directional LED lighting, scale-head McHenry working knuckle couplers, and all-wheel electrical pickup, and the drive includes flywheel for smooth starts and stops. Buyers have the option of a standard DC version (with 21-pin socket for conversion to digital operation) or a model equipped with Digital Command Control and SoundTraxx Tsunami2 audio output. 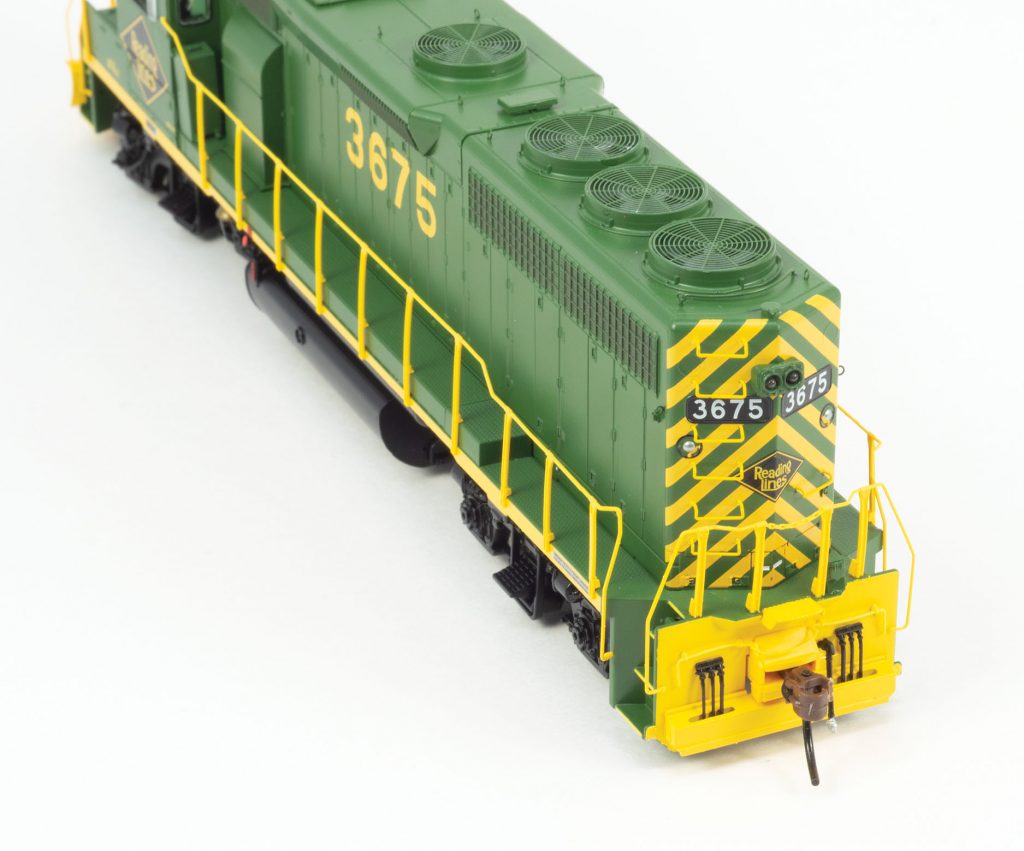 Presenting his first review for Model Railroad News, Pennsylvanian Tom Jacobs will take a look Athearn’s HO-scale Genesis GP40-2 as Reading 3675 and Conrail 3275. Mr. Jacobs is currently building a large Reading model railroad set in the same era as these Dash 2 Geeps. You can follow the progress by searching Tom Jacobs’ 1970s Reading “Crossline” Layout on Facebook. Watch for this review in the pages of Model Railroad News. Keep up the latest from Athearn by watching “Athearn Train Tuesday” presented live weekly on Facebook and YouTube.

BELOW: Details differ slightly, but here’s what Reading’s GP40-2s looked like after they joined Conrail’s roster. Can you spot the variations between the as-delivered Reading GP40-2 and this Conrail repaint and modified release from Athearn? 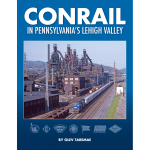 Order your copy of White River Productions’ Conrail in Pennsylvania’s Lehigh Valley by Olev Taremae. This new hardcover book examines the Pennsylvania towns of Allentown and Bethlehem and how they changed during the near quarter century of operation from Conrail’s 1976 startup to its 1999 demise. Historian and photographer Olev Taremae explores these changes through colorful photos and detailed text.