Athearn’s HO vehicles were much more involved and intricate when compared to Varney’s efforts. The fins were current in Detroit styling when these 1:87 autos arrived in the hobby from Athearn.

Everyone remembers their first car. Whether it was something you purchased with your first job, tinkering with endlessly in your family’s garage, or was a vehicle (not necessarily of your choice) provided to you by your family, that first mode of transportation was beyond important to many teenagers. Do you remember HO’s first car? As I was reviewing Rapido Trains’ new Chevrolet Caprice/Impala releases (included in September 2022’s MRN), I began thinking about some of the earliest injection-molded plastic automobile replicas produced for HO scale. 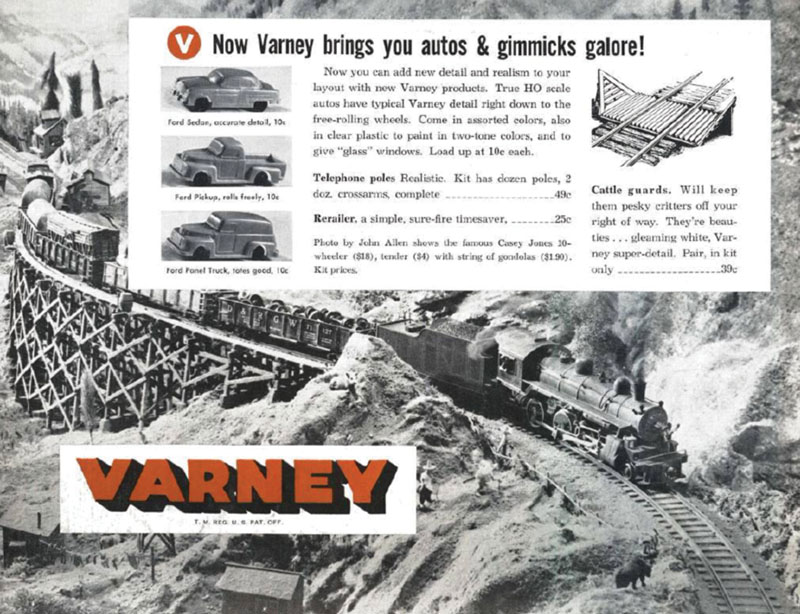 I would give Gordon Varney the title of producing the first plastic HO vehicles (ad for these models from 1954 appears above). The basic body shell rode on plastic axles/wheels that snapped into the body. The shell was solid (no clear windows and no interior), but they were recognizable as a car, pickup, and panel truck, and served to populate parking lots and roadways on 1950s pikes.

In its efforts for Lionel’s HO catalog, Athearn tooled up a version of the experimental Evans AutoLoader and plastic autos (a finned four-door sedan with a face suggesting a Cadillac and a station wagon that carries the grille of maybe a Mopar design) featuring the look of the late 1950s introduction of the prototypes. These offerings, while basic, did include separate front and end sections with good detail, clear windows, and underframes (Varney’s vehicles are hollow). 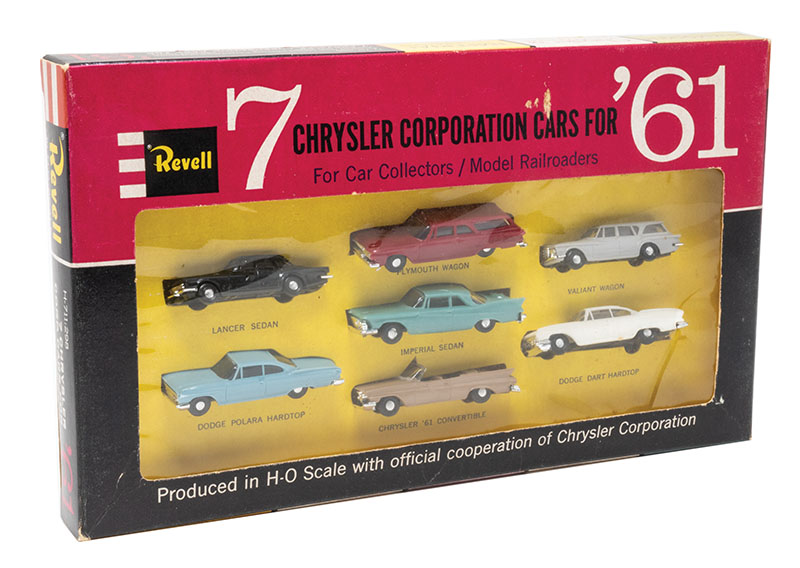 Revell’s early 1960s efforts at tooling up not one, but seven impressive and well-proportioned and detailed Dodge, Chrysler, Plymouth vehicles remain respectable plastic vehicle models six decades after their introduction. Mint sets (an example appears above) of Revell cars (they came assembled and in kit form) go for good money today. If you’re after the vehicles and not collecting vintage, Con-Cor offered them too. 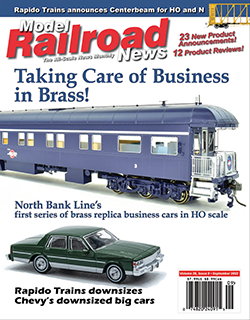