The red-and-silver Bachmann GP40 and U36B counterparts decorated for Santa Fe are very easy to locate; however, these Yellowbonnet releases from the early/mid-1970s are more challenging to find today.

September 2022’s Model Railroad News provides reviews on LGB’s G-scale and American Z Line’s Z-scale F7A decorated for Santa Fe. This famous livery enjoys a 50th anniversary for a variant of its scheme this year. It was during summer 1972 when Santa Fe introduced, or I should more accurately state, reintroduced its Warbonnet livery with a blue with yellow design officially dubbed by the railroad as “Yellowbonnet.” With the handing over of its passenger operations in 1971 to Amtrak, Santa Fe’s image was officially its blue with yellow (often called “bookends” livery) and the Warbonnet went largely out of use. Some red-and-silver F-units still carried the colors and passenger F-units saw some curious and unique attempts to trade red and silver for blue and/or yellow. But the look that is arguably railroading’s most famous face appeared to be heading toward retirement.

Luckily, the sweeping curves of the Warbonnet design made a comeback in 1972 and remained Santa Fe’s dress (in blue with yellow bonnet and large yellow road name) for the rest of the road’s independent existence. And in the 1990s, the road’s then-president Mike Haverty, appreciating the value of the look, brought back red and silver for SuperFleet equipment.

I got to debating during this issue’s production what HO models were first to replicate the Yellowbonnet. I credit Bachmann (GP40 and U36B shown above) and TYCO (F9A shown below) as arriving first, not long after the 1972 debut of this livery. These releases were uncommon, with red-and-silver Santa Fe locomotive models remaining plentiful from these and other companies. Do you remember your first Yellowbonnet locomotives? 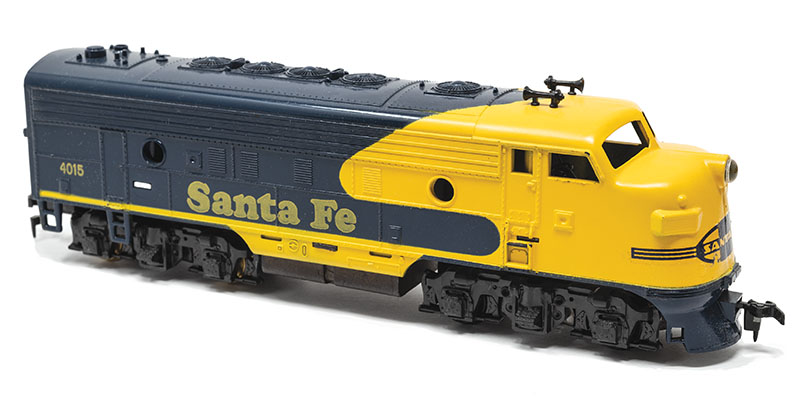 ABOVE: There are at least a couple versions of TYCO’s F9A offered in this Yellowbonnet scheme in the early/mid-1970s. The red-and-silver look would far outnumber this Santa Fe F9 in TYCO’s catalog. 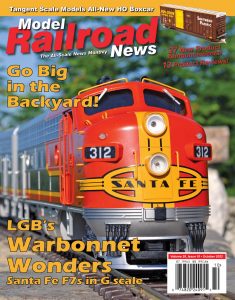