This is an early view of the European version of PIKO’s coming HO-scale Whitcomb diesel switcher.

PIKO America will introduce an early diesel prototype that will be a first for HO scale plastic. The model will reproduce Whitcomb’s 65-ton center cab switcher, which was produced for the U.S. Army and served overseas during World War II. Examples helped initially in the rebuilding of Europe after the end of the conflict and some Whitcomb switchers came back to North America and saw service on short line and industrial roads.

In addition to the export 65-tonners constructed for the U.S. Army, Whitcomb produced a North American 80-ton switcher of similar design to the 65-ton model; the 80-tonner featured a taller cab among the spotting features differentiating it from the export unit. Whitcomb’s domestic version 65-ton could produce 380 horsepower and was also of center cab format; however, the 65-tonners built for North America included a different cab design. 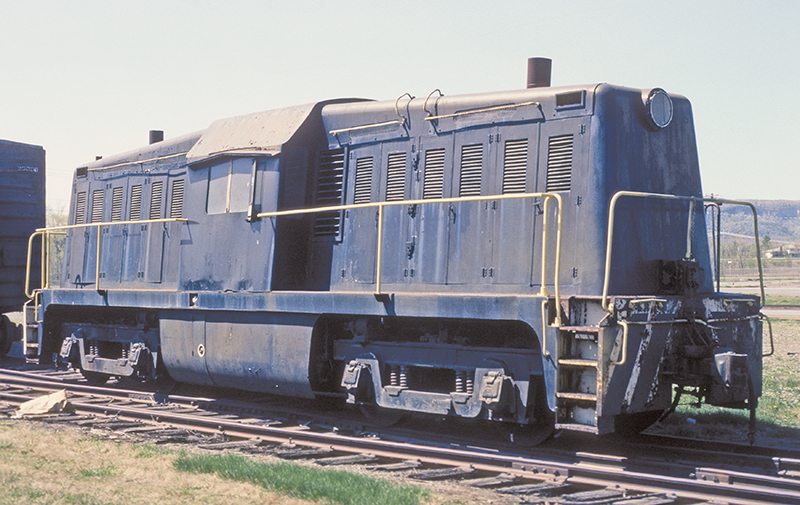 ABOVE: Republic Steel was an owner of Whitcomb-built switchers and this example was at Guild Center, N.Y., in May 1981. – John Bartley photo, Kevin EuDaly collection

For its initial release, due during summer 2021, PIKO America plans a U.S. Army Transportation Corps. (USATC) decorated Whitcomb 65-ton diesel switcher in multiple operating versions. For North American use, a non-sound model will be offered along with a version with Digital Command Control and sound capability. For use on 3-rail European-standard layouts, a non-sound edition and a sound-equipped switcher with DCC and mfx electronics will be offered. PIKO America has plans for additional road names and variations of its new Whitcomb 65-ton diesel switcher with U.S. decorated and detailed editions expected to be announced in the future.

Watch for a review of this PIKO model, subscribe to Model Railroad News!