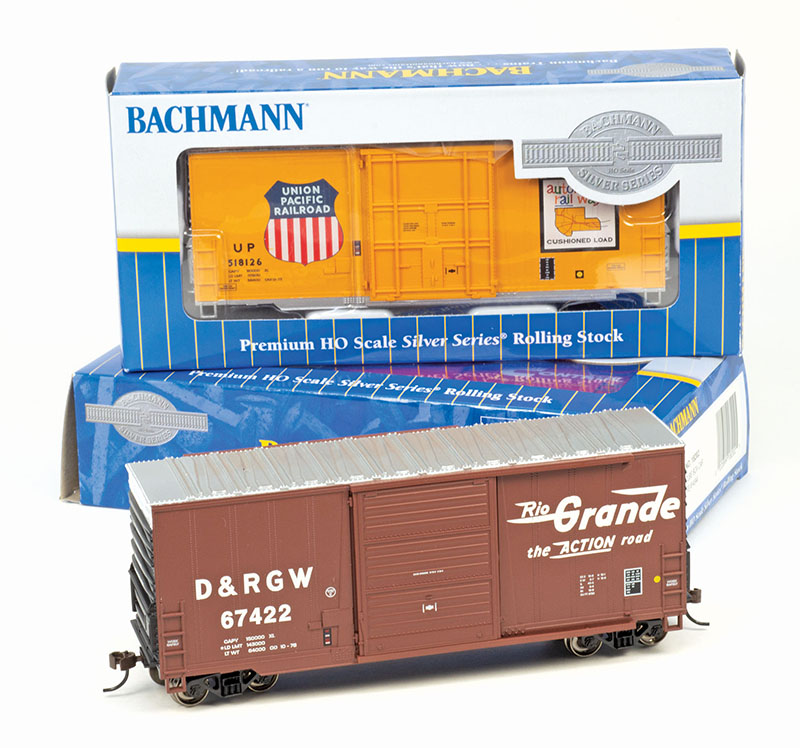 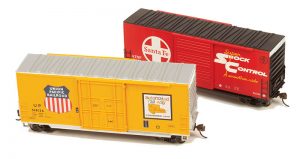 HO scale – Bachmann revisits one of its earliest HO-scale freight car offerings with new versions of a 40-foot high-cube boxcar model. There are two styles available (sliding door and plug door) for this excess-height piece of rolling stock. The prototype cars saw development and introduction in the mid-/late 1960s and are most known for serving in home appliance transportation. Union Pacific built its own examples at its Omaha shops (represented by Bachmann’s plug-door example), while Pullman-Standard produced a sliding-door high-cube boxcar for many railroads (represented by Bachmann’s Burlington Northern, Rio Grande, and Santa Fe offerings).

In the early 1970s, Bachmann introduced an insulated plug-door 40-foot high-cube boxcar to its line. This model returned in the 1990s and joined the manufacturer’s Silver Series and gained metal wheels and EZ Mate knuckle couplers. These new renditions including operating (opens and closes) doors and the sliding door is a totally new style for Bachmann’s line. Road names for the sliding-door high-cube boxcar include Burlington Northern, Rio Grande, and Santa Fe. The plug-door version of this model is offered decorated for Union Pacific. The fully assembled release carries a suggested retail price of $45. 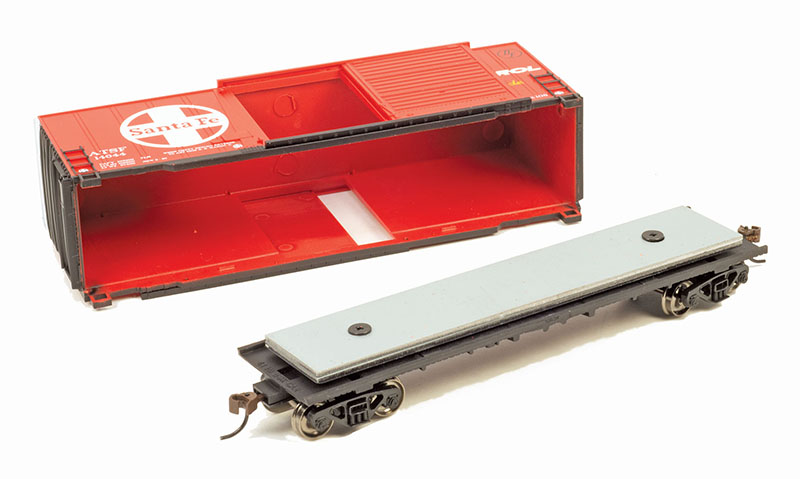 The model weighs approximately 5 ounces, includes body-mounted and spring-equipped EZ Mate Mark II knuckle couplers, and rolls on 33-inch metal wheels fitted in plastic roller bearing trucks. The plastic body shell appears to follow a similar design of the 1970s offering with the modification being new separate door runner tracks above and below the new separate door. The other separate item on the shell (as it was originally) is a brake wheel on the B-end of the car. 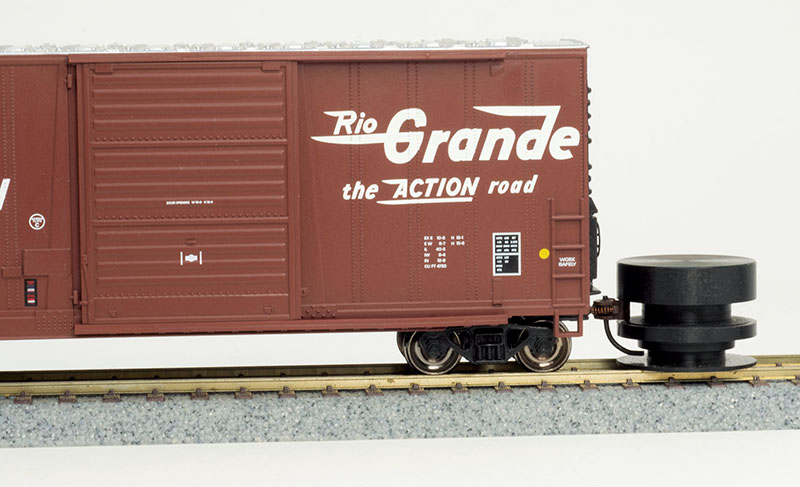 The model checked out find with respect to its coupler height. I used a Bob-Mac Gauge available from Great Decals to check the height of the plastic knuckle couplers on the three samples provided for review by Bachmann to Model Railroad News. Watch for a review with additional images and prototype information in the pages of Model Railroad News magazine.