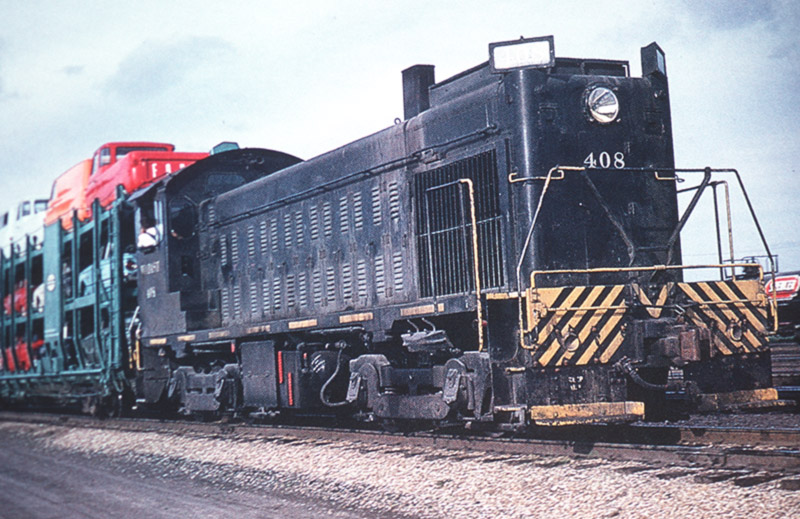 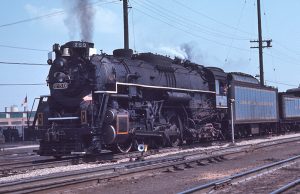 Lima was a late comer to diesel technology and stayed by steam locomotives and their production throughout the 1940s. Nickel Plate Road’s famous 2-8-4 Berkshire class (on left is a 1969 view of the “American Railroads” example shot by Jim Boyd from Kevin EuDaly’s collection) came late in the steam era. The company didn’t move to diesel technology until 1950, at the same time it merged with Baldwin. Baldwin had been a steam locomotive maker (at one time the largest producer in the U.S.), but did go down the path of diesels sooner than Lima. Prior to its combination with Baldwin, Lima merged in 1947 with Hamilton and formed Lima-Hamilton.  At a glance, you might spot these Lima diesel switchers as Alco-made S-series models. The similarities are great, and while you can say Alco’s FA units and Electro-Motive’s F-units share some traits, the look of Lima’s switcher (first offered with 750 horsepower) is a near dead ringer for Alco’s S-series. The series went on to include 1,000-hp and 1,200-hp models. According Jeff Wilson’s Trains Guide to North American Diesel Locomotives (2017, Kalmbach), the units are LH-750, LH-1000, and LH-1200 models. I have always known them as “LS” and not “LH,” but I’m not an expert on the subject and welcome a more seasoned Lima historian’s input on the labeling. Though there are some variation, essentially the platform (raised cab on one end with long hood section all placed on a frame with pilots on each end) was consist across the series.

Though by the time the switchers presented here came, the company was Baldwin-Lima-Hamilton, you’ll find these two end-cab diesel switchers commonly referred to simply as “Lima” or “Lima-Hamilton” products and this is how I will label them here. I am also going to use the “LS” label and not “LH” for reference. 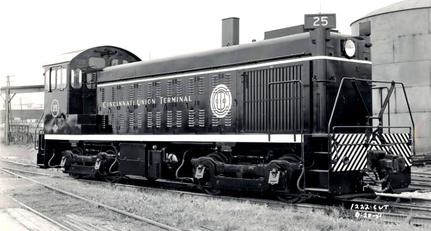 ABOVE: Cincinnati Union Terminal 25 is an example of Lima’s LS-750. This image is sourced from the Wikipedia page for Lima’s LS-750 and LS-800.

ABOVE: Toledo, Peoria & Western (TP&W) 302 sits capped, and likely at the end of its short life in this view. This is a Lima LS-1000 end-cab switcher. — Terry E. Cook collection 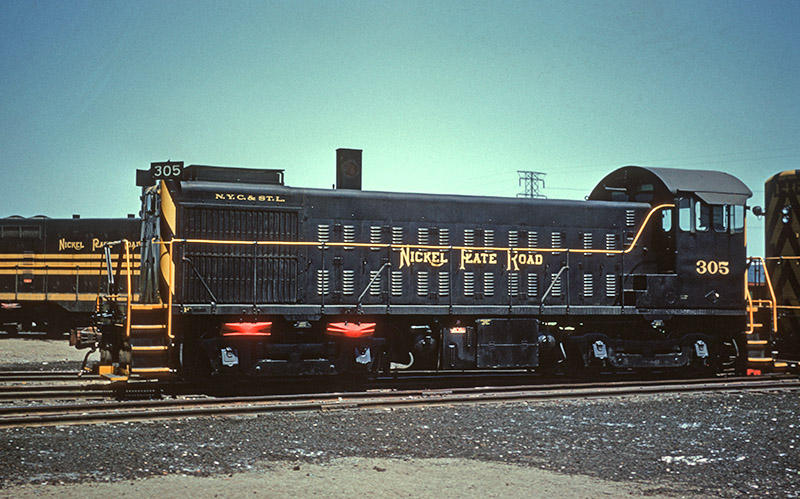 No ready-to-run or kit version plastic effort has been done to date for Lima’s LS-series switchers in HO scale. There have been brass imports, including a Samhongsa-made replica imported by Alco Models. Apogee Locomotive Works reports a Lima switcher is in development for its line of craftsman-level 3D-printed shells. 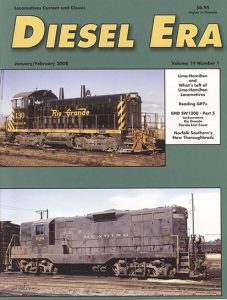