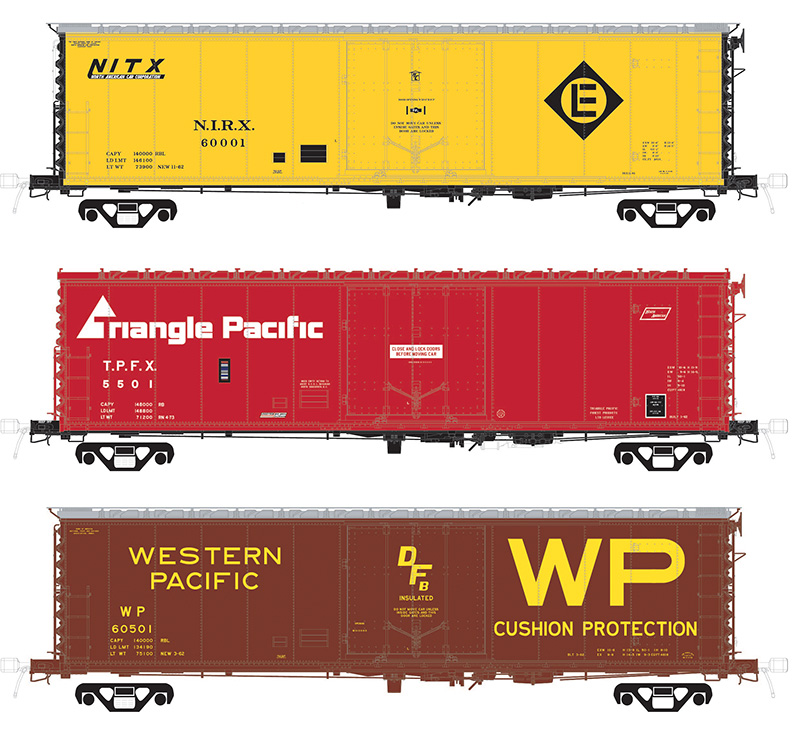 This release of Pacific Car & Foundry 50-foot cars with 10-foot plug doors will include an NIRX lease car decorated with yellow sides, black ends, and silver roof with an Erie Lackawanna herald, a red Triangle Pacific car with low ladders and no running boards, and Western Pacific with large “WP,” “Cushion Protection” and “DF” markings.

Moloco Trains is working on a production of 50-foot cars based on Pacific Car & Foundry (PCF) prototype. The collection will include several looks and unique details across the offering of high quality HO reproductions. Featuring its as-delivered 1962 appearance (running boards, tall ladders, and high-mount brake wheel) will be four road numbers for an NIRX car leased to Erie Lackawanna. The labeling will include DFB bulkheads information and Erie Lackawanna’s then-new herald on a model with yellow sides, black ends, and silver roof. The other early era prototype will be Moloco’s Western Pacific offering in four road numbers. This HO release will feature a brown body shell with silver roof. The car will reproduce a 1962 prototype before the road used Air-Pak equipment and labeling will note DFB bulkheads. Moving forward in time to the 1970s, the red Triangle Pacific release (an RB-type car) represents a 1973 repaint for this car and it will come with no rooftop running boards, but will feature high-mount brake wheel and tall ladders on B-end. 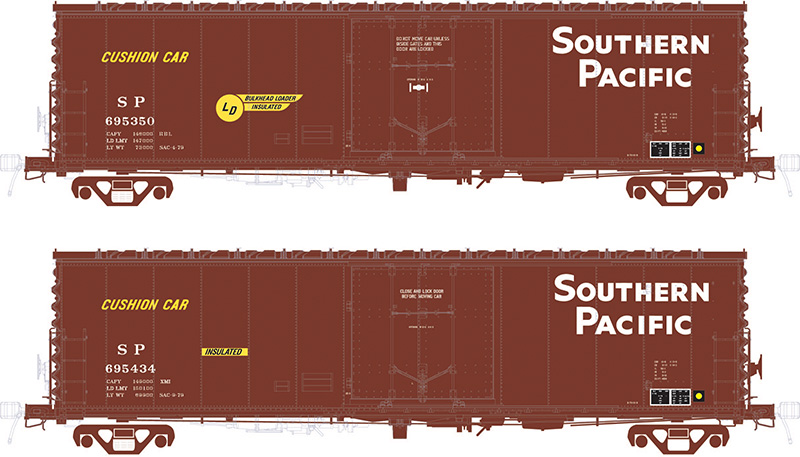 ABOVE: Two styles for Southern Pacific XMIs will be included in this new production. The replicas will roll on truck sideframes color matched to the body and the cars will possess modern attributes.

Visit Moloco Trains online or check with one of its hobby dealer to learn more about this new production of PCF 50-foot RBL, RB, and XMI cars with 10-foot offset plug door.