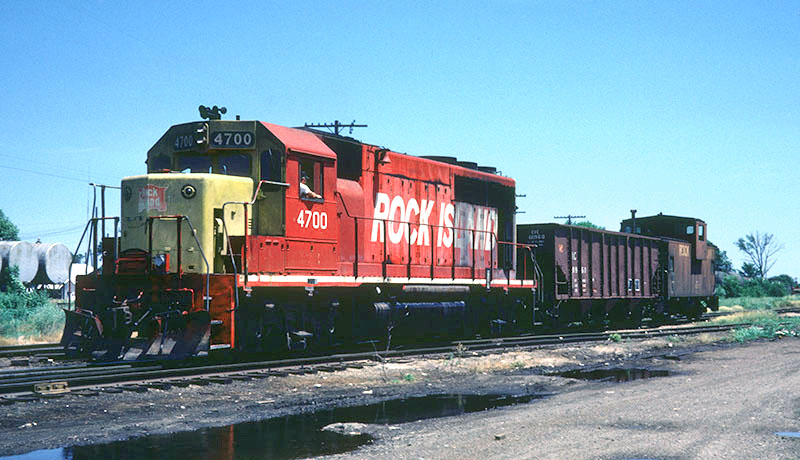 By Tony Cook
Rock Island’s collection of Electro-Motive Division (EMD) GP40s included a mix of production phases (Ia3 and IIb styles), came with financing help from Union Pacific (plans were underway during these years for a merger between the two roads), included a mix of paint schemes, and varying road numbers. The first GP40s (delivered in the fall of 1966) made up an order for 20 (340-359). Additional GP40s (Phase Ia3 like the first 20) came through early 1967 and brought the roster out to 381. In 1969, Rock Island received Phase IIb GP40s that picked up at 382 and continued to 396. The final GP40s added to the road’s fleet came in 1970 and these 20 units (Phase IIb) receive 4700-series road numbers (4700-4719). 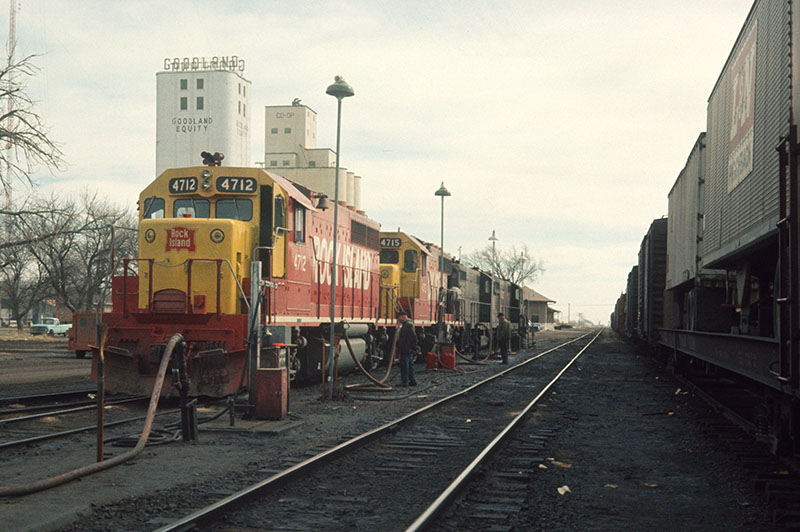 ABOVE: Rock Island GP40s 4712 and 4715 and two first-generation EMD Geeps receiving fueling in the far western Kansas town of Goodland in April 1971. These red with yellow livery GP40s were about a year into their careers when this picture was taken.  — Ray Cook photo, Kevin EuDaly collection 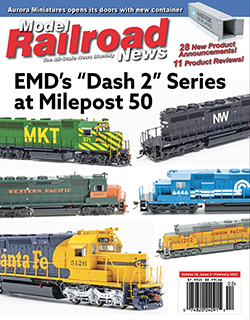