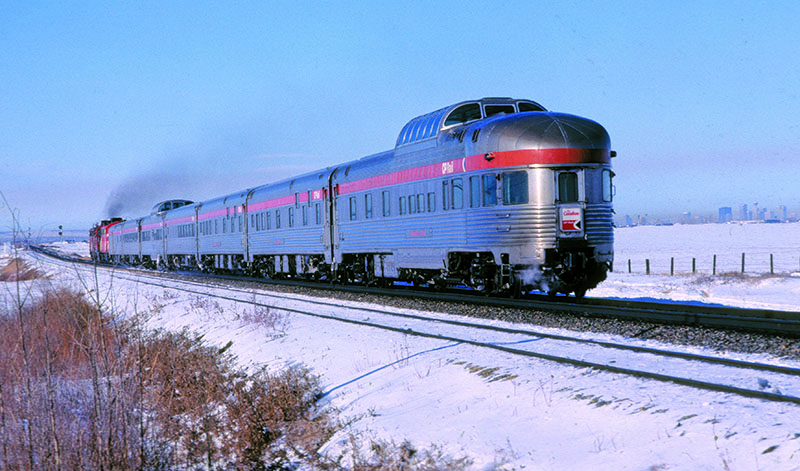 ABOVE: Canadian Pacific’s “The Canadian” is near Shepard, Alberta on what looks like a cold January day in 1978. –Kevin EuDaly collection

N scale – Canadian Pacific’s (CP) streamliner The Canadian will ride N-scale rails thanks to a series of releases coming from Rapido Trains. The prototype for this collection of N-scale passenger car models went into service in the spring of 1955. Operating over CP’s system from Montreal and Toronto in the east to Vancouver in the west, The Canadian offered a first-class way to journey across Canada.

ABOVE: The as-delivered look for Canadian Pacific’s 1955 stainless steel equipment purchased for The Canadian presented this look with maroon bands and gold lettering.

ABOVE: VIA Rail Canada offerings will include the blue-and-yellow livery that came with the system’s late 1970s start, plus contemporary rebuilds such as this “Glacier Park” illustration.

In 1978, Canadian Pacific’s passenger service was handed over to VIA Rail Canada. Rapido Trains will produce accurate examples of these cars as they appeared following a rebuilding and return to service for VIA Rail Canada. 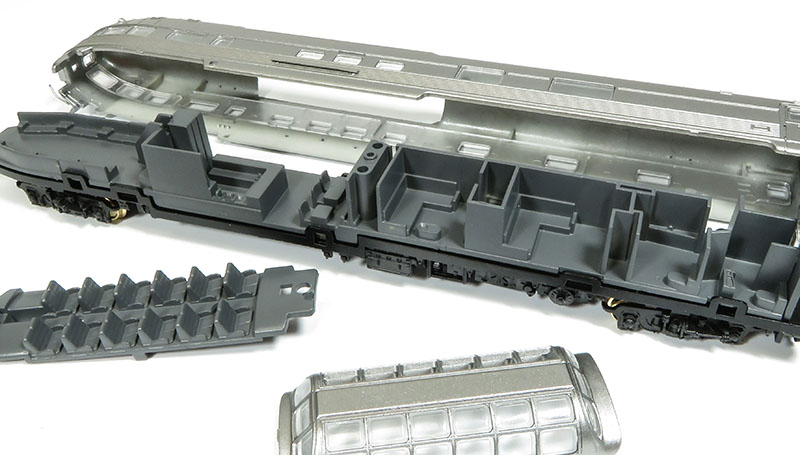 ABOVE: Here’s a preview of an early example of Rapido’s “Park”-series dome-observation car model coming to N scale.