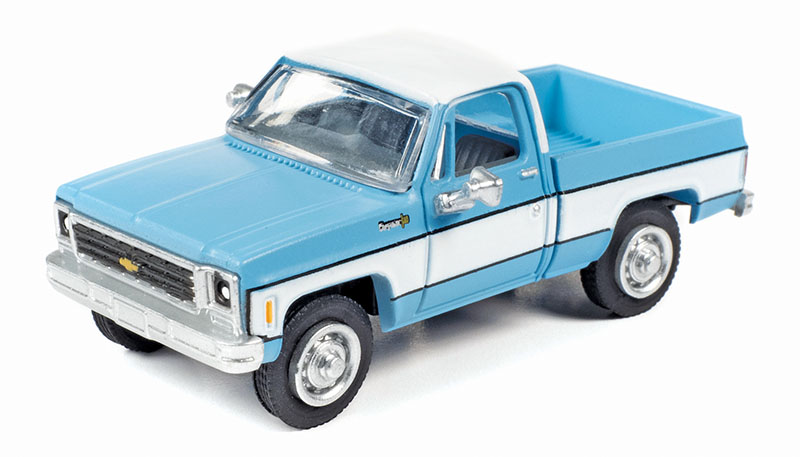 This is an early example of Round 2’s Classic Metal Works HO-scale 1973 Chevrolet pickup truck. This blue-and-white version is a “Cheyenne” trim level.

Round 2 will introduce a new Chevrolet pickup truck model for HO and N scale reproducing 1970s prototypes for its Classic Metal Works brand. The images presented show three early samples of the first release offerings. As with other vehicles in Classic Metal Works line, the model will arrive assembled (mirrors are expected to be supplied as user-applied details) and decorated and will include authentic General Motors colors and accurate detailing. The model will come with rolling rubber tires, chrome accents, clear window material, and interior details.

ABOVE: Certain to be popular, Round 2’s Classic Metal Works will deliver a new-tooling 1973 Chevy pickup truck replica in HO and N scale for 2021. 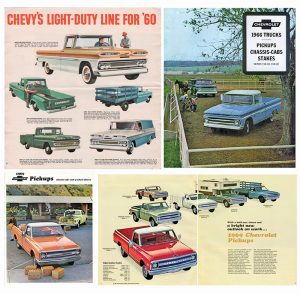 General Motors’ Chevrolet brand pickup trucks are divided into generations and the series carries C/K classification. These line of medium- and heavy-duty pickup trucks related to the new Classic Metal Works release goes back to 1960 for its First Generation. Styling cues changed over the course of this run of trucks, though the wheelbase remained 115 inches (short bed) and 127 inches (long bed). The letter classification refers to the truck’s two- or four-wheel drive ability with a “C” version powering one axle or two wheels and “K” models possessing four-wheel drive. The Chevorlet brochure and promotional images show examples from the First Generation C/K pickup run from 1960 to 1967.

The line received an update and the moniker “Action Line” beginning in 1967. The run of Chevy C/K pickup trucks built for the model years 1967 through 1972 are Second Generation models. 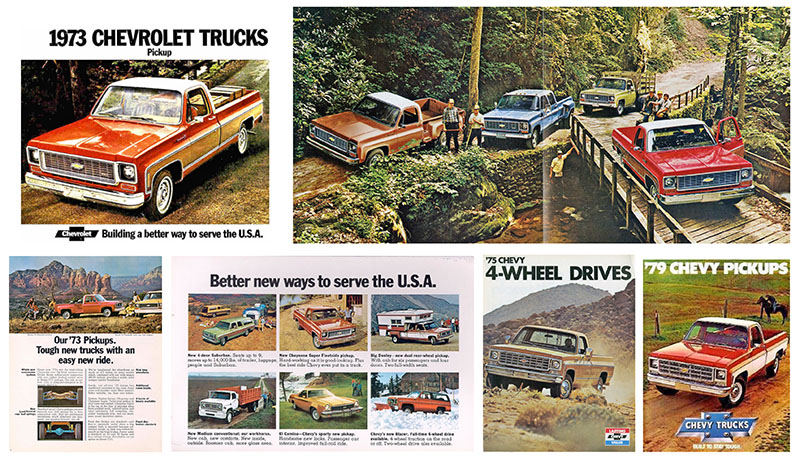 ABOVE: General Motors Third Generation C/K pickups saw introduction in 1973 with the model remaining of similar styling throughout the remainder of the 1970s.

The Third Generation of this series of General Motors pickup trucks is the subject and prototype for Round 2’s 2021 Classic Metal Works release. According to Round 2’s Chad Reid, the company will introduce its new truck model in HO and N scale with offerings reproducing Chevy’s 1973 prototype. The project plans include tooling variations of the front grille to allow for reproduction of prototypes through 1979 model year offerings. Model Railroad News was also told bed designs will include stepside and fleetwood styling. 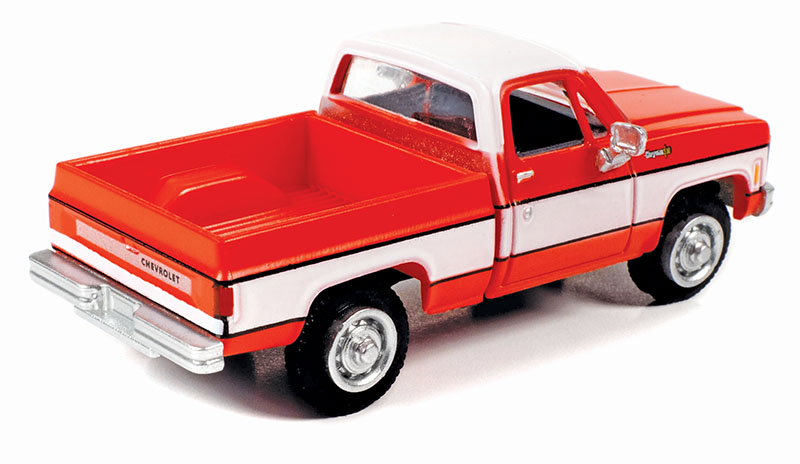 ABOVE: This view shows an early example of the red-and-white Cheyenne trim level 1973 Chevy pickup coming from Classic Metal Works.

This era of pickup trucks was designated by General Motors as its “Rounded Line,” but the public nickname was “square body” for this popular line of vehicles. This was among the first truck offerings to receive wind tunnel testing in the design phase of production, which lead to the smoother contours and overall appearance. The goal of the rounded look was to provide improved mileage. The rear chassis introduced a leaf-spring suspension with this generation in 1973. In 1978, Chevy sold examples with an Oldsmobile-made V8 diesel engine). This era pickup also saw the arrival of Chevy’s popular “Silverado” badging. In addition to Chevy models, GMC marketed versions of this generation pickup truck. 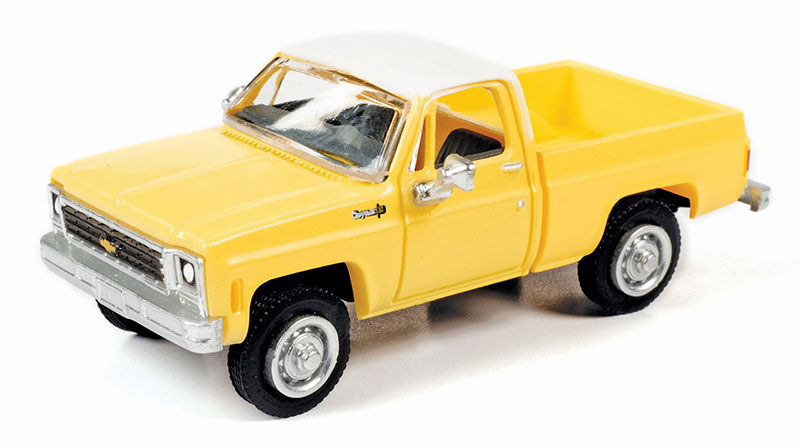 ABOVE: This yellow 1973 Chevy pickup shows Round 2’s short-bed tooling.